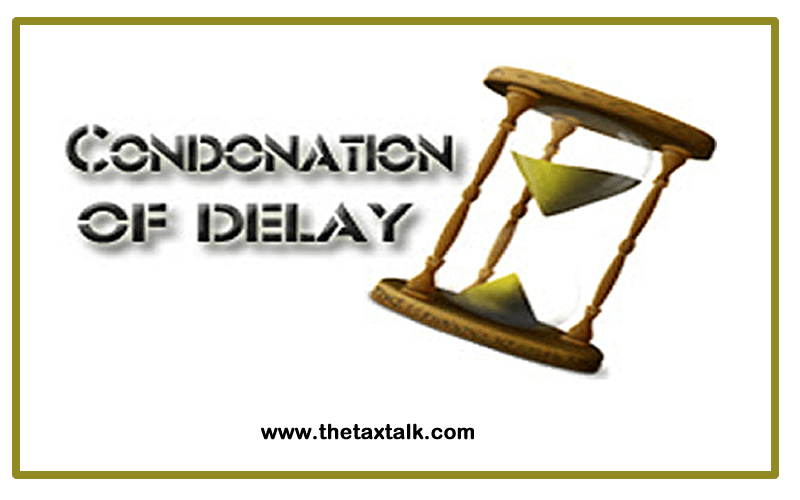 1. This is a notice of motion seeking quashing and setting aside of an order passed by the Registrar/Prothonotary & Senior Master on 1362013.

2. The notice of motion to set aside this order of the Registrar/Prothonotary & Senior Master is moved as belatedly as 1632017.

6. This dismissal is without adjudication on merits and though there is a delay of 1371 days in moving this application, the same be kindly condoned in the interest of justice.

7. We have already held in our order passed on 2182017 in Notice of Motion No.1156 of 2017 in Income Tax Appeal {L} No.1387 of 2014 that the Revenue is not a special litigant. The Revenue/Department of Income Tax routinely sets out this cause for not being able to comply with the Bombay High Court (Original Side) Rules, 1980 insofar as the same set out a procedure for filing of Income Tax Appeals. The Revenue’s appeals have to comply with the procedural rules and the moment they are lodged, if there is noncompliance, the defects and deficiencies are notified.

They are notified by recording them on the original memo itself and in the presence of the Revenue’s Advocate who has lodged the appeal. Once the Revenue has engaged an Advocate or there is a Department’s Advocate who has filed a memo of appearance or Vakalatnama, then, it is the bounden duty of such Advocate to keep a note of the compliances and procedural matters. It is his/her further duty to inform the concerned official of the Department/Revenue at the Commissionerate level.

If he/she fails to inform or seek instructions, the officials are not to be blamed as they are not conversant with procedural or substantive law. Such is the regular explanation and coming on record. It only means that the Department or Revenue official incharge can claim that he is not obliged to attend the case or give any instructions to the Advocate or the arguing Advocate and his responsibility is over the moment the appeals and papers are handed over to the Panel Advocate.

It is this disturbing trend and in matters after matters of the Revenue and which have been noted by this Court. Such explanations or reasons are routinely assigned though there is a fullfledged legal wing or branch in the Department.

8. We have found that if the number of appeals filed by the Revenue are approximately thousand per year or more, then, we expect the Revenue to appoint and depute responsible officials and to follow up the legal cases and matters in this Court. The officers cannot pass on the buck to some junior level employees or clerical staff.

This is routinely happening inasmuch as the Departmental heads have not been attending the cases by taking a periodical review of the proceedings or appeals lodged in this Court. They hand over the papers to Advocates and thereafter are not bothered about the outcome of these appeals. It is for the Revenue or the Department to take the necessary action but they do not feel obliged to do so.

They expect this Court to condone serious lapses in their functioning by accepting above cause as sufficient. The cause as set out and the explanation as forwarded today, on affidavit and belatedly, reflects total negligence and callousness of the Revenue officials.

Their attitude shows that they are not at all vigilant and interested in pursuing the cases filed by the Department involving a tax effect of crores of rupees. They expect the Court to be lenient and liberal and pardon them every time. It is this approach of the Revenue officials which is not only strongly deprecated in the earlier order but this Court has refused to uphold it after it was noticed that this is the position in almost every matter.

9. This is no explanation for the delay of 1371 days and if for all these years the Revenue officials have not noticed the lodging, filing or pendency of an appeal, a conditional order of the Registry, then, it must set its own house in order by sacking and removing the delinquent and negligent officials or penalising them otherwise so as to subserve larger public interest.

If they are found to be hand in glove with the assessee and adopt such tactics deliberately, then, we do not think that the Court is responsible for the same. The Registrar (O.S.) has been drawing up a list and notifying the appeals regularly and intimating the parties and their Advocates through the High Court website that they must attend to these cases or else all consequences including dismissal without adjudication on merit, will follow.

If this is a known fact to all practising Advocates, including the Revenue’s Advocates, then, we do not think that any special treatment can be claimed.

10. For the reasons that we have assigned in other matters and wherein similar request has been refused, we have no option but to dismiss the present notice of motion also. It is accordingly dismissed.