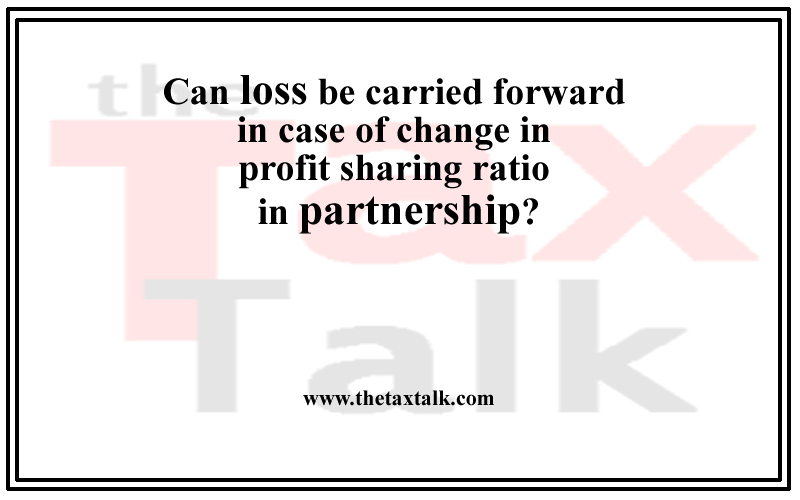 The provision containing carry forward and set off in case of change of constitution is governed by Section 78 of the Income Tax Act, 1961. The change in profit sharing ration does not result in change in constitution as per section 78(1).

Carry forward and set off of losses in case of change in constitution of firm or on succession.

(2) Where any person carrying on any business or profession has been succeeded in such capacity by another person otherwise than by inheritance, nothing in this Chapter shall entitle any person other than the person incurring the loss to have it carried forward and set off against his income.

However, section 187(2) contends that change in profit sharing ratio in partnership is the change in the constitution. Section 78, prohibits the set off or carry forward of the proportionate loss in case of change of constitution due to retirement or death.

The set off and carry forward of loss will not be effected due to change in the ratio of partnership.

A single section made a difference in taxation for around 8 yrs (Till the continuation of carry forward provision).