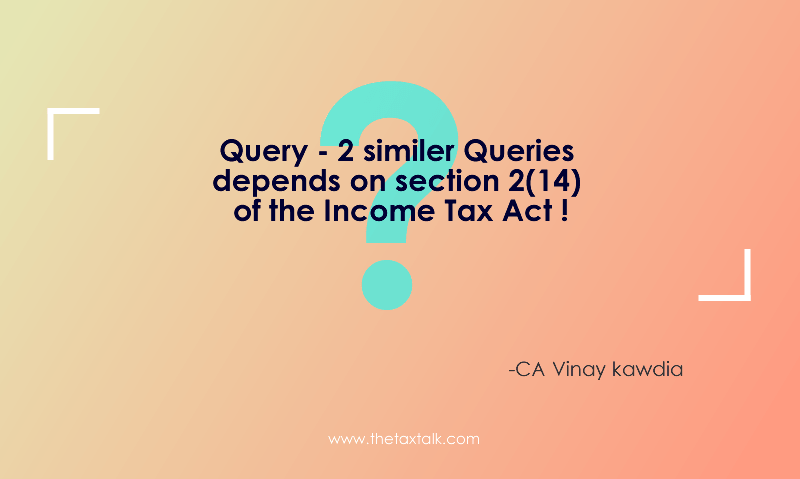 The terms ‘municipality’, ‘notified area committee’, ‘town area committee,’ and ‘town committee’ used in section 2(14)(iii)(a) has legal conceptions and must, therefore, be given their legal meaning and consequently, they would be entirely different concepts from the term ‘panchayat’, be it a village panchayat or a town panchayat.

The land, for the purpose of bringing it within the mischief of section 2(14), should be situated within a Municipality, Municipal Corporation, Cantonment Board, etc., which has a population of not less than 10,000. In the instant case, though the population of the town, where the land was situated, was more than 10,000, the said town was not within the limits of a Municipality, Municipal Corporation or Cantonment Board. [P. Venkataramana (1993) 46 TTJ (Hyd) 706]

Therefore, it is clear that lands situated in villages which does not fall within a Municipality, goes out of the purview of section 2(14) even if their population is more than 10,000.

Population of Municipality and not of village Panchayat decides whether asset is a capital asset or not – Srichand Dembla vs. DCIT [2013] 39 taxmann.com 180 (Jodhpur – Trib.)

Land situated outside the limits of non-notified MC is outright exempt.

1) Village is governed by Panchayat – i.e. Rural Self Govt. therefore Pop. Of MC is to be considered & not of area/village within which the land is situated

2) Nearest M.C. from location of land is to be considered

If agricultural land fell beyond 8 kms of municipal Limits on date of publication of relevant CBDT notification but fell within 8 kms on date of sale of land, it would still fall outside term ‘capital asset. [Subha Tripathi vs. DCIT, [2013] 34 taxmann.com 286 (Jaipur – Trib.)]