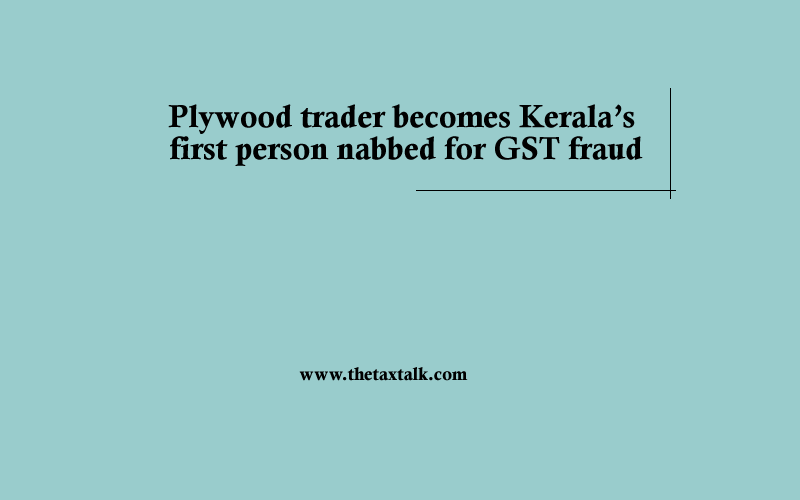 Plywood trader becomes Kerala’s first person nabbed for GST fraud
K U Nishad had taken several bogus GST registrations in Kerala and other states.
KOCHI: The Intelligence Wing of Central Excise on Monday arrested K U Nishad of Perumbavoor, a plywood trader, for evading GST using fake invoices. This is the first GST-related arrest in the state. According to Excise officers, Nishad used to supply plywood to other states using fake invoices. Even though accused had done business worth more than Rs 100 crore, officers suspect he has evaded tax worth Rs 5 crore. “Our preliminary inquiry found the accused was doing business using fake bills.
Similarly, he had taken several bogus GST registrations in Kerala and other states. The invoices were generated using fake GST registrations and supplies were sent evading the taxes,” an officer said. “From the documents recovered, we could trace out tax evasion to the tune of Rs 5 crore. But we have to recover more documents. We also have to extend the investigation to other states where the supplies were sent,” he added.
Saw Mill Owners and Plywood Manufacturers Association (SOPMA) president Mujeeb Rahman said several other plywood traders are engaged in such illegal business practices. He alleged the entire cheating would worth more than Rs 500 crore. “We have been informing the agencies that traders in Perumbavoor are supplying plywood using fake bills. Nishad who has been taken into custody did not own any plywood manufacturing unit. On a daily basis more than 100 loads of plywoods from Perumbavoor go out to other states using fake invoices,” he said.
Rahman said after authorities failed to take action, SOPMA formed squads for checking vehicles at Paliyekkara toll plaza. “However, instead of action against people evading the taxes, the action was initiated against us. We demanded an in-depth investigation into the incident,” he added.
Source- New Indian Express.