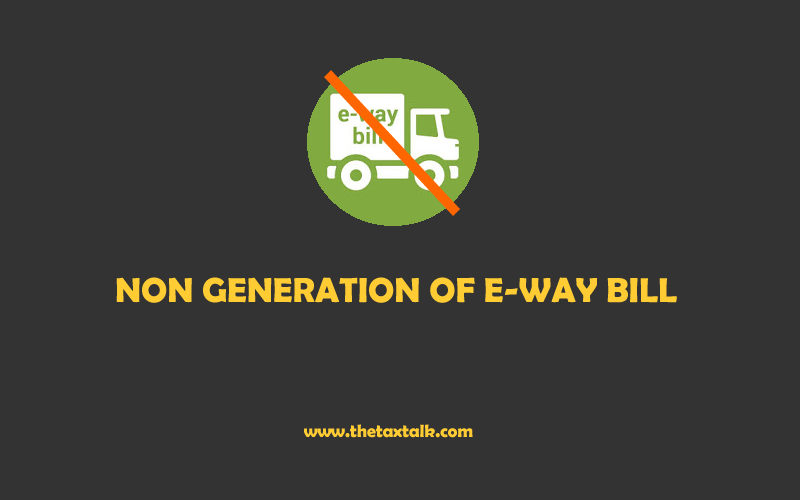 E-way bill is a compliance mechanism wherein by way of digital interface the person causing the movement of goods uploads the relevant information prior to the commencement of movement of goods and generates e-way bill on the GST portal.

If e-way bills, wherever required, are not issued in accordance with the provisions contained in Rule 138 of the CGST Rules, 2017 the same will be considered as contravention of rules. Following are the consequences of not generating e-way bill:

If owner or transporter fails to pay taxes and penalties within the time prescribed, further legal proceedings will be initiated. Also during such time goods continue to be detained. If goods are detained by tax officer without proper reason for more than 30 minutes, then transporter can generate “Report for detention” in form GST EWB-04.

The commissioner or an officer empowered by him in this behalf may authorise the proper officer to intercept any conveyance to verify the e-way bill number in physical form for all Inter state and intra state movement of goods.