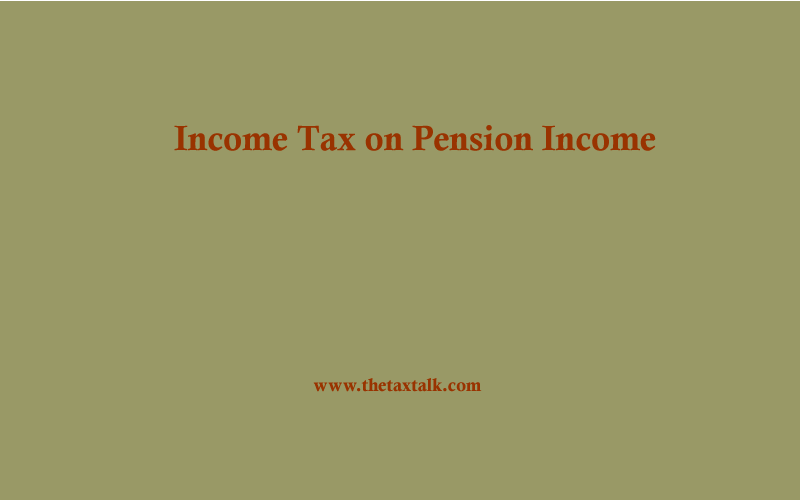 Pension is taxable under the head, “Income earned from salaries.”Generally pension is received after retirement by employee but can also be en-cashed while earning income.

For a government employee, commuted pension is fully exempt.

For a non-government employee, it is partially exempt.

From financial year 2018-19, there is a standard deduction of Rs. 40000/- that can also be claimed under pension as it is a part of income under heads of salaries.

TDS is required to be deducted by employers on pension. As it is taxable under the head “Income earned from salaries.”