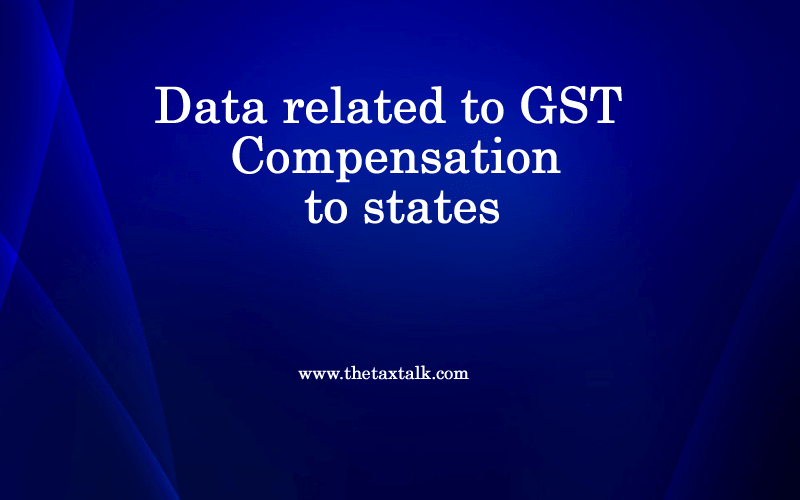 As per Section 4 of the said Act, financial year 2015-16 has been taken as the base year for calculating compensation amount payable to States for loss of revenue during transition period. The projected nominal growth rate of revenue subsumed for a state during the transition period shall be 14% per annum.

As per section 7(c) of the said Act, the total compensation payable in any financial year shall be difference between the projected revenue for any financial year and the actual revenue collected by a State. On this basis, the revenue loss due to implementation of GST to the states for the month of July, 2017 to March, 2018 and April to May, 2018 has been estimated to be Rs. 48178 crore (Annexure-I) and Rs. 3899 crore (Annexure-II) respectively and accordingly, States/UTs have been paid GST Compensation of Rs. 48178 crore for the period of July 2017 to March, 2018 and of Rs. 3899 crore for the period of April-May, 2018.

Details of GST Compensation released to States/ UTs for FY 2017-18.

This was stated by Shri Shiv Pratap Shukla, Minister of State for Finance in a Written reply to a question in Lok Sabha tod.