Application filed by charitable trust u/s 12A merits deemed registration, once Revenue Authority has not acted upon such application within six months of its receipt: HC 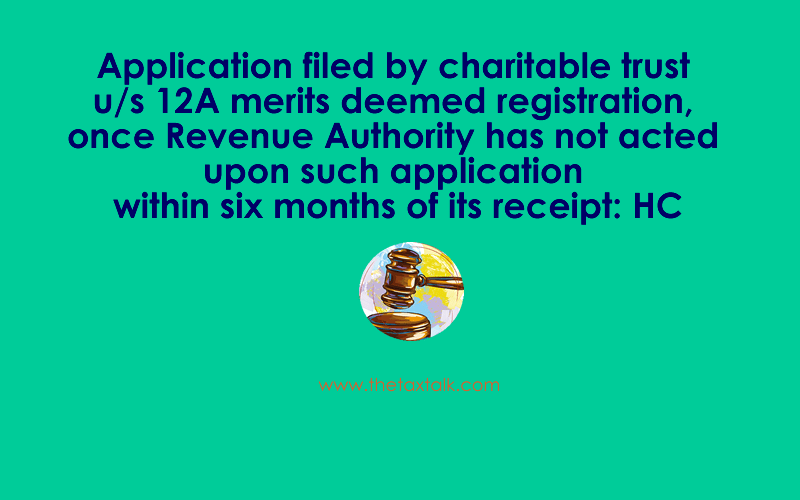