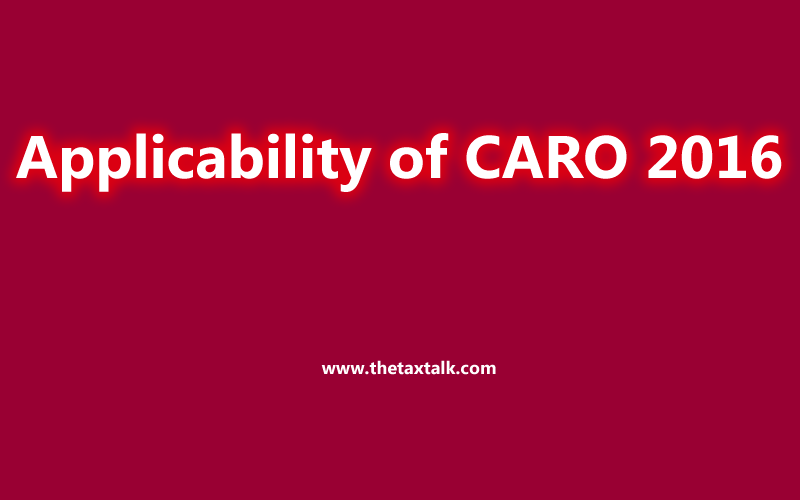 The Ministry of Corporate Affairs (MCA) has provided that every report made by the auditor under section 143 of the Companies Act, 2013 on or after 1st April 2015 is required to abide by CARO (Companies Audit Report Order) 2016