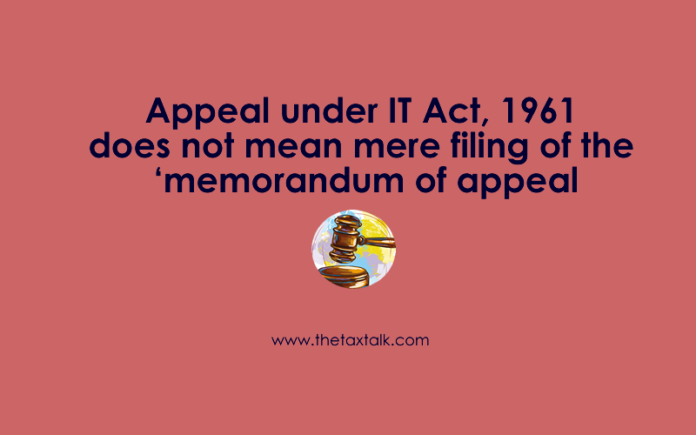 Appeal under IT Act, 1961 does not mean mere filing of the ‘memorandum of appeal
CASE BRIEFSTRIBUNALS/COMMISSIONS/REGULATORY BODIES
Published on August 1, 201
Income Tax Appellate Tribunal, Delhi: The Tribunal dismissed an appeal filed by the assessee holding that, mere filing of memorandum of appeal does not form an appeal.
In the present case, the assessee failed to appear and file any representation or submission before the Commissioner of Income Tax (Appeals) on several occasions despite being notified about the dates of hearing, and hence CIT (A) decided the appeal ex parte.
On observing the facts and circumstances of the case, the tribunal found that the assessee failed to make a representation for hearing of the present appeal and, further remarked that, such a behavior indicates his disinterest in prosecuting the present appeal. The tribunal placed reliance on the Supreme Court’s judgment in CIT v. B. Bhattachargee & Another, 1979 4 SCC 121, and observed that, appeal does not mean mere filing of memorandum of appeal but, proper and effective pursual of the same. The appeal was accordingly dismissed.
[Proto Developers and Technologies Ltd. v. Assistant Commissioner of Income Tax (ACIT), ITA No.6630 of 2014, dated 17-07-2018