Whether when the assessee fails to establish the urgent nature of business necessities for taking loans from its Directors in cash, such transaction warrants levy of penalty u/s 271D – YES: ITAT 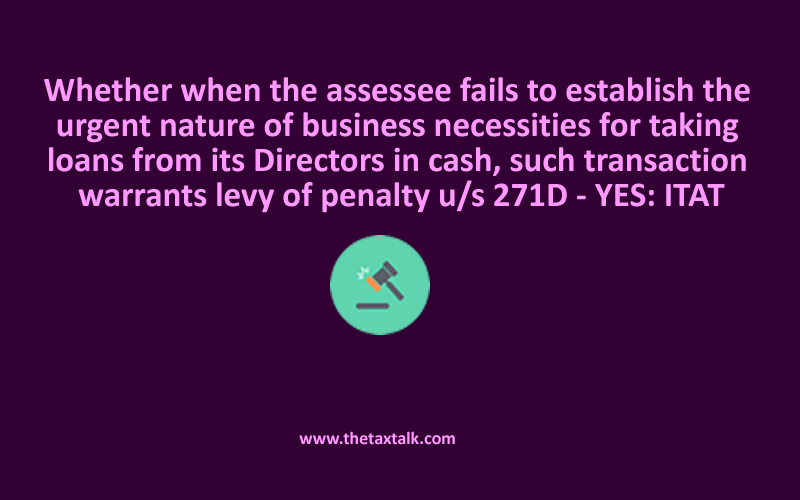