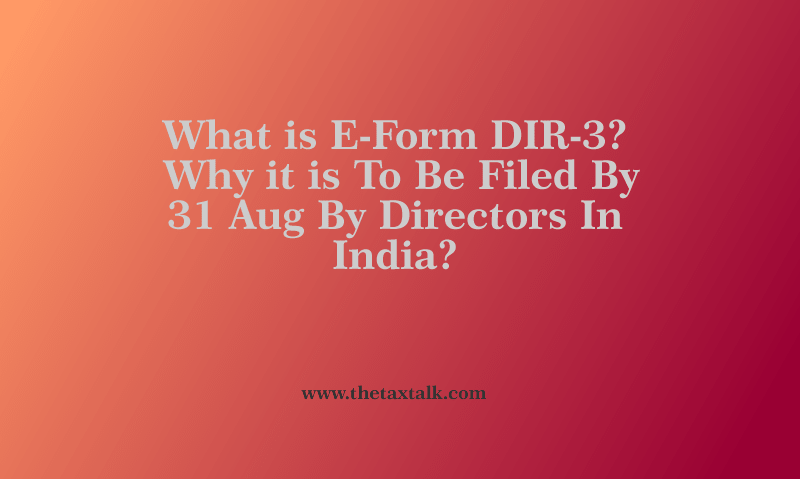 India’s Ministry of Corporate Affairs (MCA) is having a busy year. After cracking down on shell companies and LLPs, they have now introduced more stringent KYC norms for directors and designated partners of LLPs in India.
The new E-Form DIR-3 KYC is meant to be filed annually and is meant to track the identity of directors in Indian companies and LLPs. The idea behind this could be to have greater transparency and accountability for directors as well as to put measures into place to deal with non-compliance even in the future.
Below we have set out the salient features of this new disclosure requirement in a Q&A format.
What is the disclosure requirement? Whom does it apply to and from when?
Purpose of the rules: To update KYC of all persons having a Director Identification Number (DIN) irrespective of whether such person currently holds any directorship or not. It is pertinent to note here that disqualified directors are also required to file this form.
The effective date of the Notification: 10 July 2018
Mandated date for compliance: 31 Aug 2018 for any directors who had a DIN prior to 31 March 2018. For others (i.e. people who have obtained DINs after 1 April 2018) the due date is 30 April of the immediate next financial year. [The Indian financial year runs from 1 April to 31 March].
The compliance dates are the same for resident and overseas directors.
Applicability: All persons who hold a DIN, whether Indian Resident / non-resident Indian / Foreign National are required to file E-Form DIR-3.
What are the consequences of non-compliance?
In case a director fails to provide his details in E-Form DIR-3 KYC within the stipulated time, the director’s DIN will be deactivated and the MCA21 system will mark all approved DINs (allotted on or before 31 March 2018) against which DIR-3 KYC form has not been filed as ‘Deactivated’. The deactivated DIN shall be reactivated only after filing of E-form DIR-3 KYC along with prescribed fees as prescribed under Companies (Registration Offices and Fees) Rules, 2014. The late filing penalty is Rs. 5,000 from 1 September, 2018.
More importantly, while a DIN remains inactive, the director/partner will be unable to sign any compliance documents on behalf of any company/LLP. As most companies in India finalise their accounts and taxes in September, this could create substantial difficulties and non-compliances for companies whose directors have not submitted the DIR-3 KYC.
What if the documents are not in English or Hindi?
In case of proofs which are in languages other than Hindi / English, the proofs should be translated into English or by a professional translator carrying his details (name, signature, address) and seal.
In the case of foreign nationals, translation done by a notary of home country is also acceptable.
Any other requirements?
The director’s name in the form, in the DSC and on their PAN card needs to match. If not, the documents will need to be modified.
Mobile number and email address need to be the director’s personal ones only, i.e. a generic office email / number cannot be used.
The form must be certified by a practicing professional, i.e. a Chartered Accountant, Cost Accountant or Company Secretary in whole-time practice
Tags: DIR-3