No Cost of Acquisition, No Capital Gain 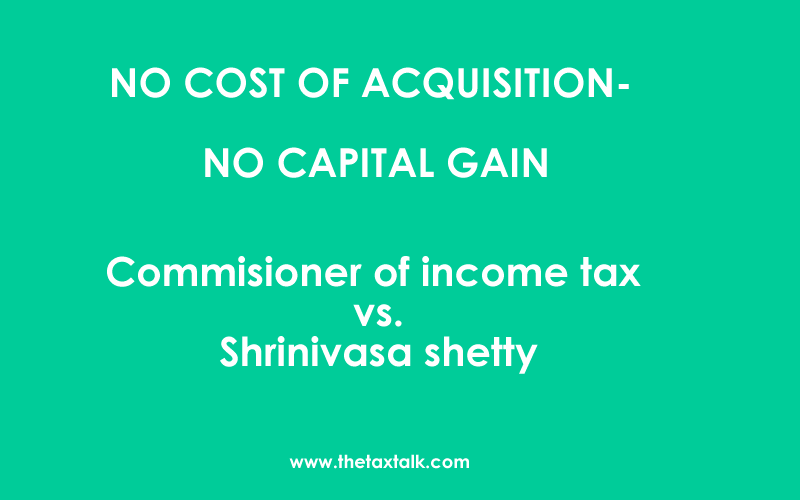