No addition in respect of penny stock on the basis of human behavior in the case of Navneet Agarwal vs. ITO: ITAT Kolkata 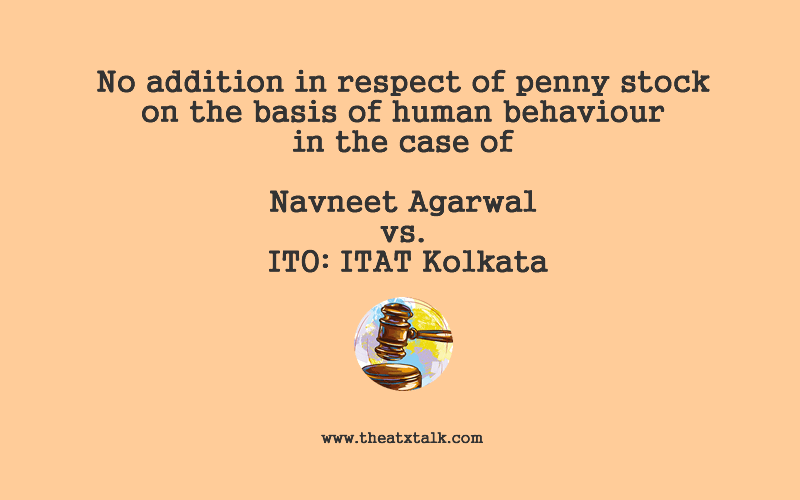