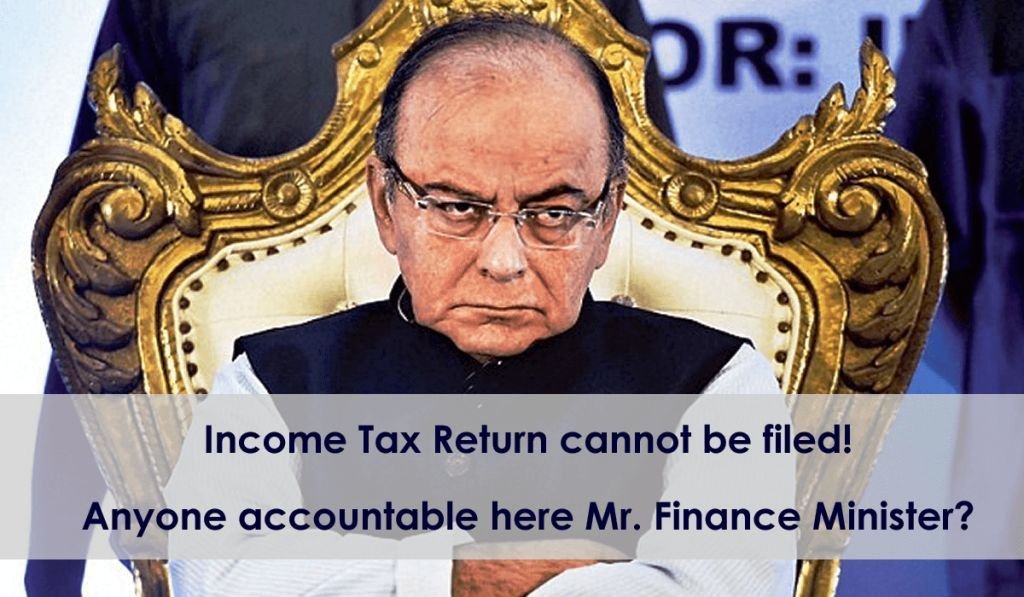 We will penalize you for OUR mistakes also.

We don’t change and we will not change.

We will not admit our Mistakes.

We will not listen to your suggestions.

We are the Government and we are always Right.

Laws are amended without realizing the limitation of the Government and its Bureaucrats. For everything, the persons who are going to be penalized are taxpayers.

Income tax is often amended too wildly to impose the penalty on the taxpayers. And the funny part, the taxpayers are required to pay the penalty and fine without fault on their part. This working pattern is not new. It’s a repetition by every Government, be it Congress or BJP or Combination of all the political parties.  No one is showing maturity and practical approach in making or amending the laws.

Taxpayers need to recall that now it is mandatory for the taxpayer to file the income tax return within due date failing which taxpayer liable to pay a late fee from Rs. 1000/- to Rs. 10,000/- depending upon the period of delay and quantum of income.

The taxpayers are penalized for every delay but there is no penalty for delay on the part of CBDT in notifying the forms or for not ensuring required infrastructure for the return filing. From the perspective of Finance Minister, it appears that Taxpayers and tax professionals are responsible for everything and anything. There is someone who is never responsible. That someone is Government Machinery, Politicians & Bureaucrats of the Country.

Though the Court has given the instructions to release the form well in advance, still the form were not released till the first day of the new financial year.

On lot many hue and cry in the media over the delay on the part of the Government over the release of new forms, CBDT notified it in a hurry. However, that is also not at all useful. The release of forms were just a formality? Returns cannot be field except for ITR 1 as the utility for other forms are yet not released.

Already almost 40 days (1/3rd of the allotted time) are over; still no utility is released by the Government.  The return cannot be filed by the taxpayer. The release of ITR form is not serving any purpose in absence of the utility being released.

The scenario is prevailing despite the fact that the Court has already used harsh words against CBDT for delay in notifying the forms. Whether court also needs to use the same harsh word for utilitiy release?

Question is regarding the accountability & seriousness of the Government.

Rather, the dates are extended with the comment that “Representations are received from taxpayers so……”.

Let us be honest, let the Government say that the date is required to be extended because Government and its machinery has failed in doing its task honestly, properly and timely.

Hope, accountability and late fees concept be there on the either side of the Income Tax Department.

Mr. Finance Minister, where is the accountability?

Why to penalize taxpayer for your fault?

Have we learned a lesson from our GST implementation system?