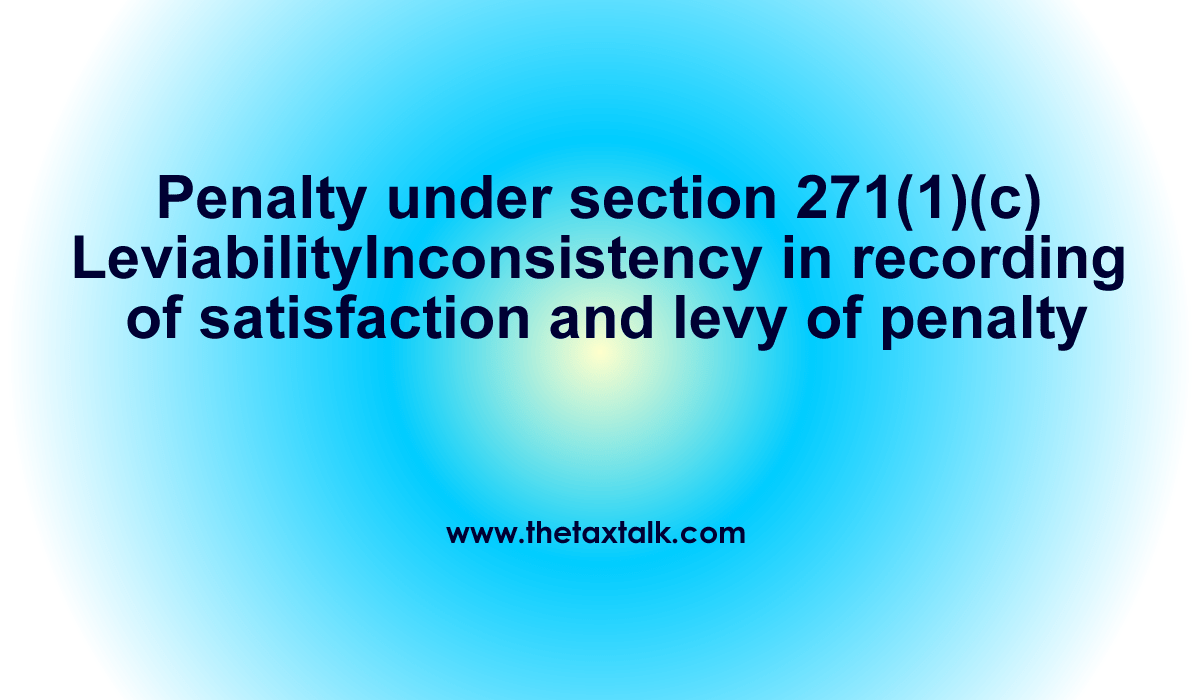 During the course of scrutiny assessment proceedings, AO made additions/disallowances on eight counts. However, the penalty had been levied in respect of the addition. on account of excess expenditure debited to the profit and loss account. While recording satisfaction for the levy of penalty, the AO held that penalty proceedings under section 271(1)(c) were initiated for concealment of income and filing of inaccurate particulars of income. Thereafter, notice under section 274 read with section 271(1)(c) was issued, wherein it was mentioned that the assessee had concealed particulars of income or furnished inaccurate particulars of income. The irrelevant limb or the charge had not been deleted by the AO while issuing notice.