No TDS on GST Component: CBDT 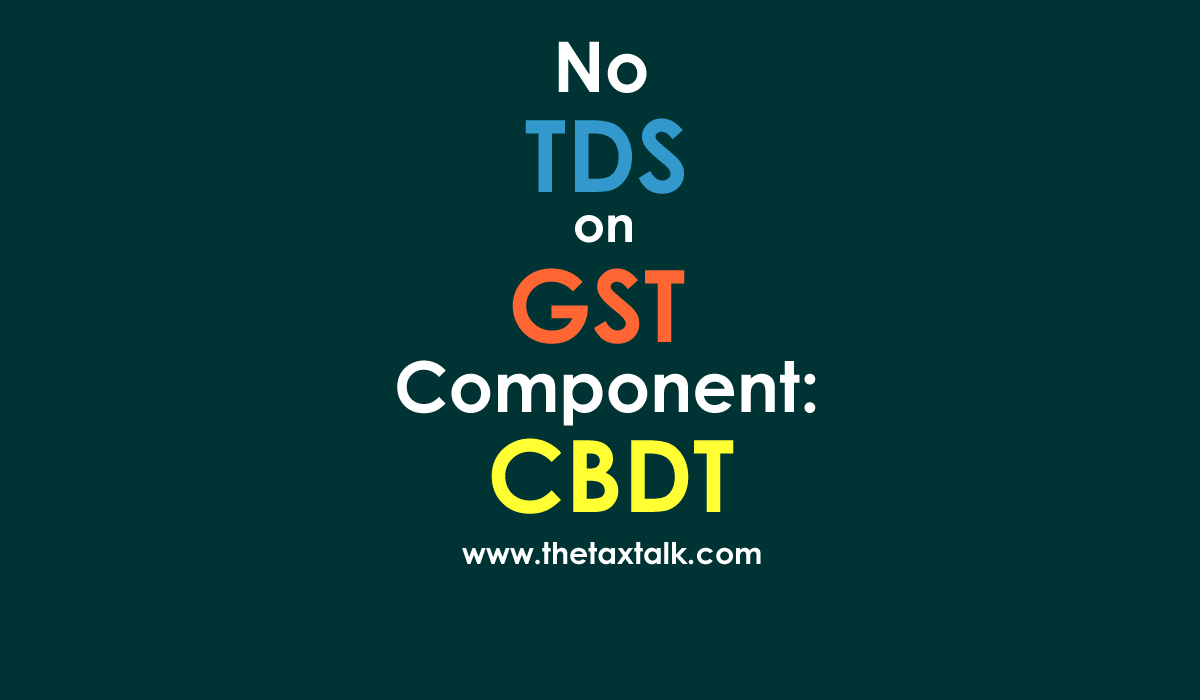 No TDS on GST Component: CBDT
The present write up just deals with the CBDT clarification of no TDS on GST component in services invoices.
It does NOT deal with the TDS provisions  under GST (TDS under GST will be deducted by government bodies).
There are certain items on which GST apply along with provisions of TDS under income tax. Here’s a list of the items:
 In other words, TDS would NOT be deducted on service tax component if the amount of service tax is shown separately in the invoice.As per circular No 1/2014 (issued by CBDT) TDS had to be deducted on the amount paid/payable without including service tax component.
After GST was implemented, CBDT received many queries on TDS on services and treatment of the GST component.
CBDT has clarified through Circular No. 23/2017 that if GST on services has been indicated separately in the invoice, then no tax would be deducted on GST component.
GST includes CGST, SGST, IGST, UTGST.
What does it mean?
There are certain payments as mentioned above, such as technical services which attract GST (18%) and which also attract TDS under Section 194J of the IT Act.
There was a lot of confusion whether TDS was going to be deducted on the full amount including GST or not. People feared that if GST was included before deducting TDS. It would lead to double taxation in the form of income tax on GST. This goes against the basic concept of double taxation avoidance under GST.
The CBDT has also clarified that this circular will also apply to existing contracts entered into before July 1.

The effect of such provision for the businesses (service providers) will mean less blockage of funds in TDS and thus reduce the working capital.