Except Taxpayers & CA’s, Anyone Accountable here? Where are the Income Tax Return Forms Mr. FM? 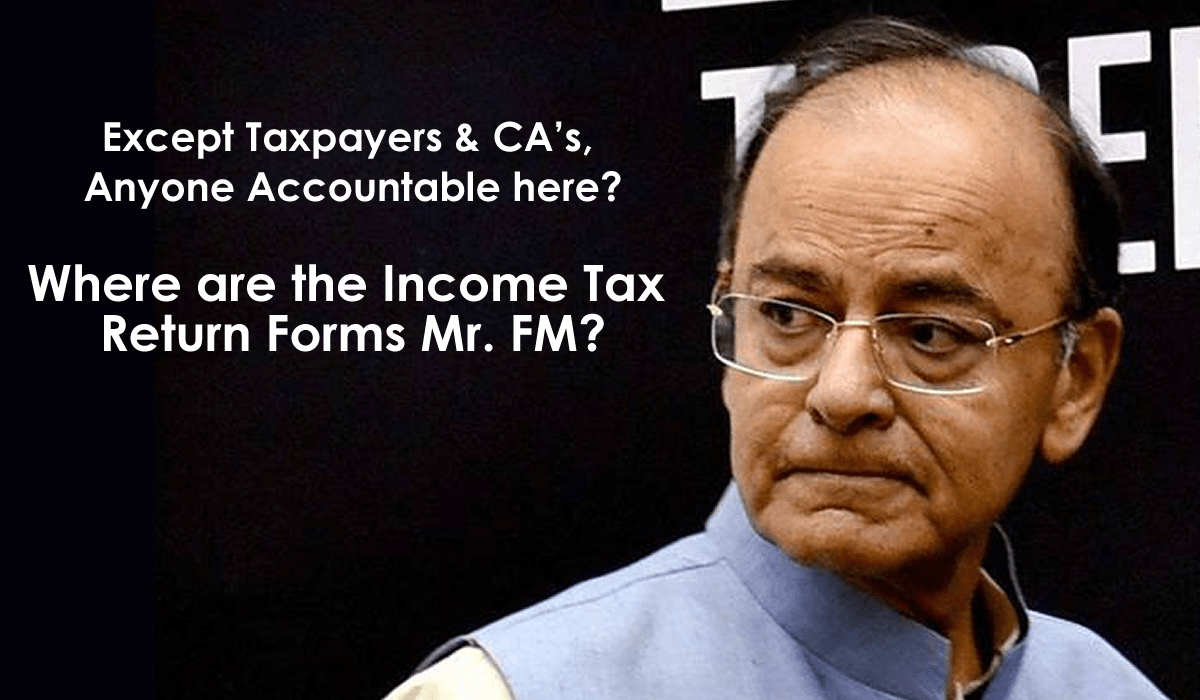 Taxpayers and tax professionals are responsible for everything and anything. There is someone who is never responsible. That someone is Government Machinery, Politicians & Bureaucrats of the Country.

This is the time to mention that it is now mandatory for the taxpayer to file the income tax return within due date failing which taxpayer liable to pay a late fee from Rs. 1000/- to Rs. 10,000/- depending upon the period of delay and quantum of income.

However, the painful part is that the taxpayers are penalized for every delay but there is no penalty for delay on the part of CBDT in notifying the forms.

The scenario is prevailing despite the fact that the Court has already used harsh words against CBDT for delay in notifying the forms. Due to court instructions, the forms for the FY 2016-17 (AY : 2017-18) was announced well in advance. However, the commitment has failed and instructions are totally ignored in the current year. This is also a time to recall the unreasonable delay in notifying the forms in earlier years.