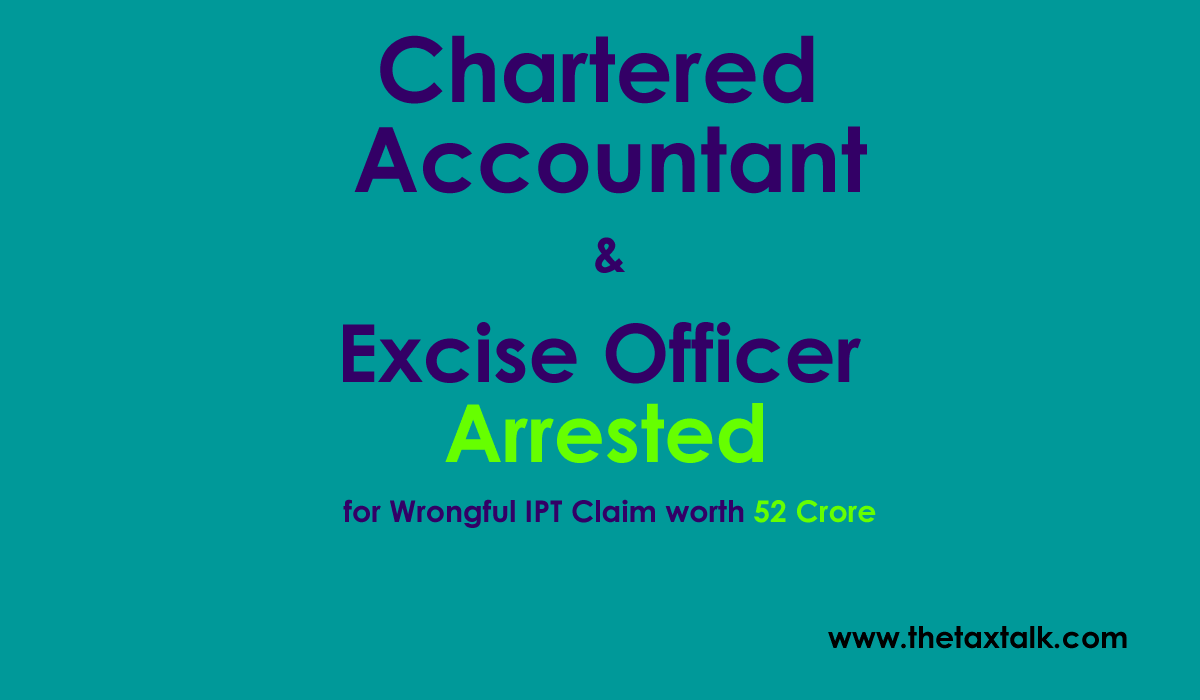 Chartered Accountant and Excise Officer Arrested for Wrongful IPT Claim worth 52 Crore
A Chartered Accountant and an excise and taxation department officer (ETO), namely Rajesh Arora and Gaurav Bahal have been arrested in Gurugram for claiming wrongful input tax credit claim worth 52 crore rupees, reports said.
Sources said that the Cartered Accountant used to make fake bills on the name of ‘Uma Shankar Traders’ and ‘Vipin Enterprises’ and submit them to seek input credit of around Rs 52 crore.
The fraud was unearthed in Chandigarh when it was found that Vipin enterprise did not existed at all.
However, Uma Shankar Traders had been operating in Sector 29, but the owner of the company had no information about the bills. The accused made the the fake company in 2015 and has been involved in the fraud since then.
ETOs Rakesh Arora and Abhishek Sapra filed two separate complaints in the case in February 2018 and FIRs were registered in Sector 29 and Sadar Police Station. A special investigation team (SIT) of eight cops was formed by police commissioner Sandeep Khirwar which was headed by ACP Sandeep Malik.
While Arora was arrested on April 11, Bahal was nabbed on April 12, after police got to know about his involvement in the case.
According to the ACP, all involved in the case used fake documents and even got Taxpayer Identification Number (TIN) and Goods and Services Tax (GST) number to seek input credit. “Vipin Enterprises was a fake company in papers and the director of the company is named as Vijay Kumar.
With the collusion of sale tax department, the accused got TIN and GST number. They used to submit the fake bills showing sale and purchase in crores, but no record was found during the investigation and the fraud was unearthed,” said an investigator of SIT. According to sources, the two arrested people were produced in a city court on April 14 that sent Bahal to judicial custody and Arora to five days police remand for questioning. After spending two days in police remand, Arora was produced in court on Monday that sent him to judicial custody,” said sub-inspector Dinkar Yadav, the investigating officer. Police said that some other people are also involved in the fraud and they will be arrested soon