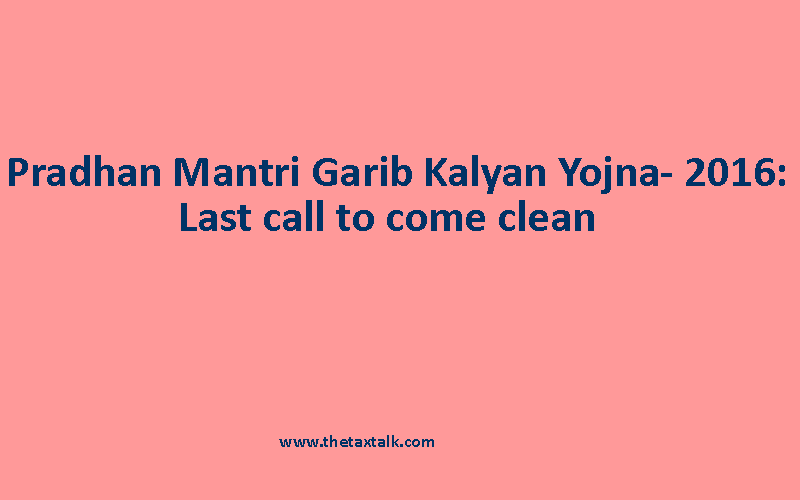 One of my relative who was a teacher retired in the year 2013 from municipal corporation school. She stays away from her husband and don’t have any children. After her retirement, from her retirement dues she withdraws sum of rupees 8 lakh for construction purpose of her house. But due to some unavoidable reasons, it couldn’t be started till date, the amount remained still with her. So, if she deposits

whole amount at a time in the bank, will there be any penalty imposed on her by income tax department (taking into consideration the ongoing demonetization process and rules imposed by IT department (i.e., the 200% penalty rule.)?

The amount to be deposited in the bank is explainable amount. She can deposit entire amount of Rs. 8 Lakh in the bank without any penal consequences whatsoever. She might receive the notice from income tax department in response to which she can submit the factual position along with the copy of the bank statement showing withdrawals of Rs. 8 Lakh.

In Tax Talk dated 21/11/2016, I have cautioned the readers about the possibility of retrospective amendment in the Income Tax Act, as 200% penalty was not possible in the present framework of law. Amidst all the debates & confusion and rising concerns that existing provision of the Income Tax Act-1961 could possibly be used for concealing black money, Taxation Laws (Second amendment) Bill-2016 is passed in the parliament. The bill seeks to amend in the Income Tax Act- 1961 so as to tax unaccounted deposits of cash in the wake of the demonetization scheme, as under:

In the wake of announcement of demonetization, few taxpayers were adopting dubious ways of converting their black money into white. A need was felt to harness this opportunity to generate additional revenue for the Government rather than letting black money holders find systemic loopholes to get around the currency ban. It has been done so by introducing “Taxation and Investment Regime for Pradhan Mantri Garib Kalyan Yojana-2016 (PMGKY)”. The purpose of scheme as stated in the Statement of Objects and Reasons accompanying the Taxation Laws (Second Amendment) Bill, 2016 is as under:

“In the wake of declaring specified bank notes as not legal tender, there have been representations and suggestions from experts that instead of allowing people to find illegal ways of converting their black money into black (sic) again, the Government should give them an opportunity to pay taxes with heavy penalty and allow them to come clean so that not only the Government gets additional revenue for undertaking activities for the welfare of the poor but also the remaining part of the declared income legitimately comes into the formal economy. Thus, money coming from additional revenue as a result of the decision to ban Rs. 1000 and Rs. 500 notes can be utilised for welfare schemes for the poor.”

Prominent feature of the PMGKY scheme is as under:

Person with unaccounted money:
Law has been suitably amended with only two options- either avail the benefit of newly introduced PMGKY or alternatively pay the tax at around 80% of tax as mentioned above coupled with other related consequences.

I have opened an account in the name my grand-daughter under Sukanya Samridhi Yojana and contributing some amount per month. Kindly advice on the tax treatment of the deposited amount. [Dr. Rabinarayan Patnaik- rnpatn@gmail.com]

a] The scheme operates under E-E-E Model i.e., Principal, interest and withdrawals all are exempt from income tax.

b] Investment in the scheme is eligible for deduction under section 80C of the Income Tax Act. Deduction is available to an individual for deposit in the account of a girl child & is also available to the legal guardian of a girl child. In your specific case, if you are the legal guardian of your granddaughter then you would be eligible for deduction u/s 80C of the Income Tax Act-1961.
Even if the taxpayer is fully utilizing the limit of deduction u/s 80C as a result of investment in LIC/PPF/NSC/Housing loan repayment, still taxpayer can opt for investment in SSY as the interest received is higher & tax free also.