Whether two adjacent flats can be regarded as “One ” house property 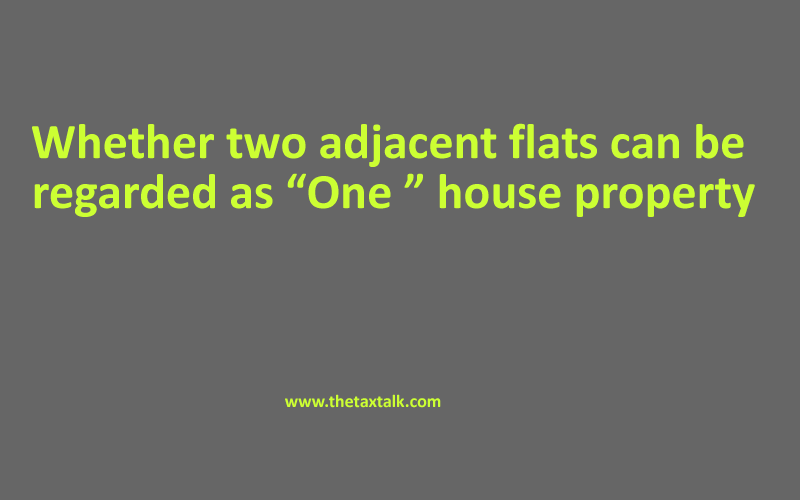 A small query related with the words “One House”, “One Flat “. Is there any restriction regarding the size of house or flat to be purchased or constructed? Suppose, someone have sold a plot & instead of buying 2 flats of 2 BHK each, these are converted before possession in to 1 flats of 4 BHK each, will it breach the requirements of exemption clause? What if the conversion in to one flat is not done & purchaser purchases it by two separate sale deeds executing it on the same day? [Dr Subhash Tiwari-drsrtiwari@rediffmail.com]

“This is too difficult for a mathematician. It takes a philosopher.” —Albert Einstein on filing taxes

The issue is controversial. Subject to above detailed elaboration, in my considered opinion, if the two adjacent or attached flats which are capable of being used as “one” unit are purchased by the taxpayer, exemption u/s 54 would be available. Reading above, taxpayer would recall Albert Einstein universally applicable quote – “Hardest thing to understand is income tax”.