Residential status vs. Taxability of Income 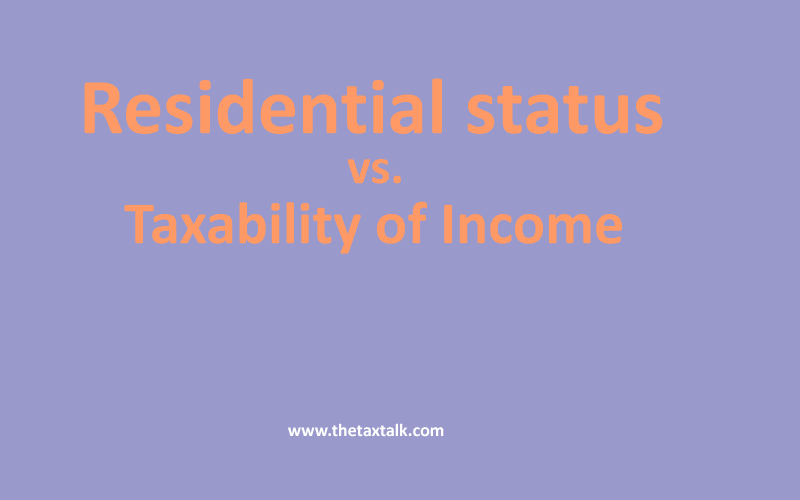 My friend’s son stays in Australia and sends money occasionally to him for maintenance. My friend is a senior citizen retired from pvt. company but is not getting any pension as such. He however gets interest on his fixed deposits kept in national and cooperative banks. But, his income of such interest is around Rs. 2 lakhs a year. This is not taxable as it is much below the exempted limit. To meet his additional requirement his son sometimes sends some money, say 1 lakh or 2 lakhs as a sort of financial help to him.

His wife is house maker and earns nothing.

There are two lasting bequests we can give our children. One is roots. The other is wings–Hodding Carter.

Though thousands of Indians migrates abroad every year for higher education, lucrative jobs, better lifestyle, it’s always pleasure to see the attachment towards their biggest treasure i.e., parent reflected through their regular remittance done. A father’s goodness is higher than the mountain, a mother’s goodness deeper than the sea.

As far as the tax treatment in the present case is concerned,

One of my relatives has following query. He is a classical vocalist and performs in the concerts in India and earns money. He is staying in Singapore on work visa for last 7-8 years and earn there also. He also pays income tax there in Singapore as per law. He remits some amount out of his savings in Singapore to his NRO bank account in India. How should he file the income tax return as per Indian law for money earned in India? He is an Indian citizen. [P.Nikhilesh- parchuren@outlook.com]