x may be relative of y but y may not be: interesting income tax 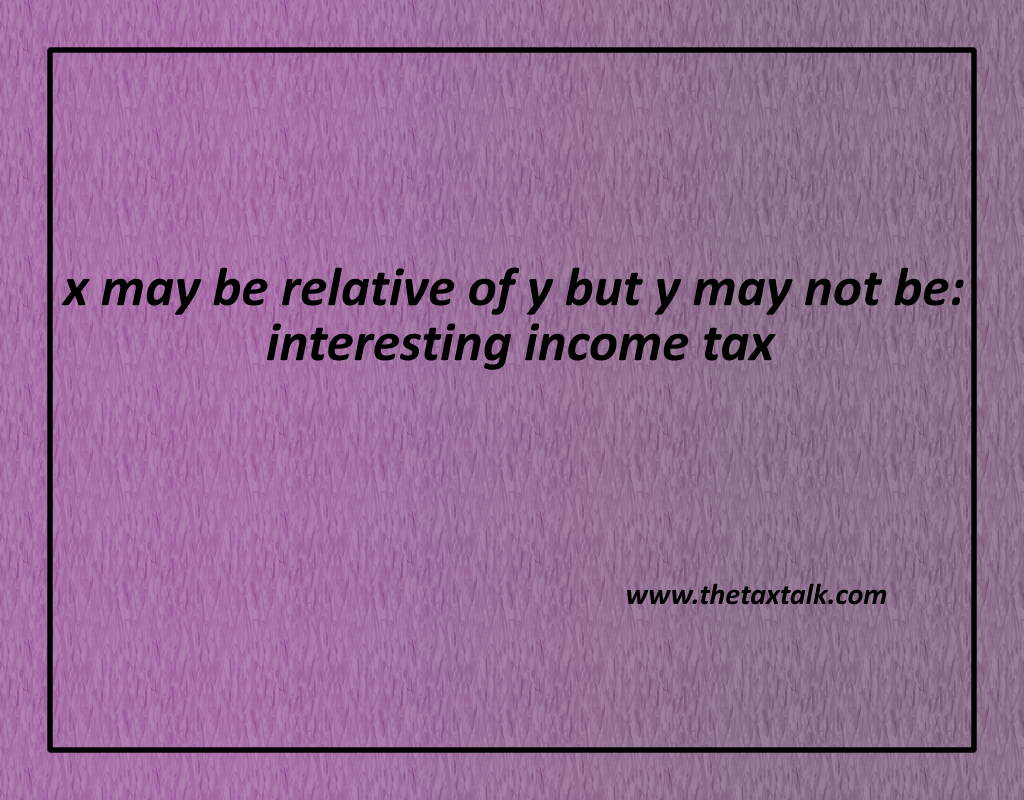 This is with reference to Tax Talk published in The Hitavada in money dated 8th December regarding taxability of gift amount. Does the term any lineal ascendant or descendant of the individual include daughters/sons of sister of individuals? Whether Nana or Nani would be relative for income tax purpose? [Rahul Yadav-rryadav1996@gmail.com]

Tax implication is one of the key concern taxpayers gets embedded in while they plan to give or receive gift. Presently, gifts received from a “relative” would not be taxed & that’s the reason why an individual has to ensure that the person who is giving the gift is falling within the four corners of the word “Relative” under the Income Tax Act, else the receipt could end up being taxed.

One needs to be very cautious at the time of receiving the gift. Each and every gift needs to be examined from the angel of recipient. Readers may wonder to see the surprised outcome of above definition of relatives under section 56(2) of the Income Tax Act-1961. It may so happen that “X” is the relative of “Y” but “Y” may not be the relative of “X” under the I.T. Act-1961.

The query is pertaining to the definition of “Relative” for the purpose of taxation of taxability as gift under the Income Tax Act.

Can we save income tax by transferring monthly/ quarterly or yearly money in wife’s account for her expenses? If yes, then how much & in which clause? She is not earning and not paying any tax. [R.V.Deshmukh-rvdsh@rediffmail.com]