ALL ABOUT LEAVE TRAVEL CONCESSION (LTC) 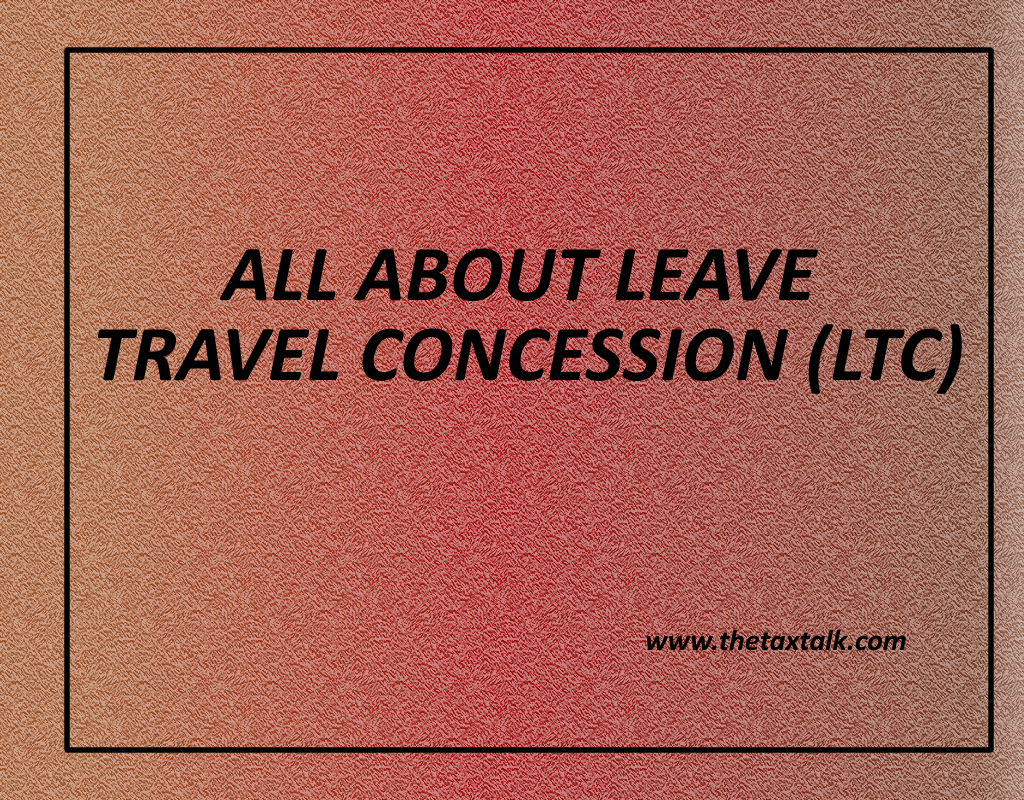 ALL ABOUT LEAVE TRAVEL CONCESSION (LTC)

I am a PSU employee. Recently during Oct’2014, I have performed LTC journey (myself and family) in two separate groups i.e. onward journey was performed by my family and myself separately on difference dates whereas inward journey was performed as single group on same dates. I myself have taken leave for the above journey. My employer is not allowing LTC exemption at source stating that journey should have been performed by me along with my family in view of circular no. 8 of 2012 but the circular is relevant to FY 2012-13 only. Please also elaborate about the law related to LTC also by publishing in the Hitavada. [tusharagrawalkps@gmail.com]

Lawmakers do considers all the situations that they can contemplate while drafting the statute. However, it is beyond the reach of any human to visualize and provide for circumstances emerging subsequently.  One such instance arises from your query as well, mainly as a result of omission of some part of TDS ‘2012’ Salary circular from subsequent ‘2013’ circular.

Before responding to interesting part of your query, let us have a look at the law relating to Leave travel concession or leave travel allowance (LTC/LTA).

LTC is one of most common element in the salary adopted by employers to remunerate employees due to the tax benefits attached to it. Section 10(5) of the Income Tax Act, 1961 read with Rule 2B offers an exemption in respect of 2 journeys performed in a block of 4 calendar years, as under:

Issues in the present query:

Section 10(5) allows an exemption to an individual towards the value of any travel concessions. (or assistance) Received by (or due) to him from his employer for himself and his family in connection with his proceeding on leave to any place in India.

In short, for exemption:

The section has incorporated the word “and” & “his proceeding” which, in my opinion, would cover complete domain of outward as well as inward tour of an employee. To be more specific. If family members are not travelling with an employee, their travelling expenses could not be considered for tax exemption.

Circular No. 8 of 2012 appears to be in consonance with the legal spirit of section 10(5). CBDT circulars are clarificatory in nature and are bound to remain within the four corners of legal provisions. The exclusion of few words of 2012 circular. In subsequent salary circular for 2013 (or vis a vis earlier circular of 2011) Would not change the provision of law. In my opinion, DDO is right in rejecting the claim & the amount may not be exempt u/s 10(5) of the Income Tax Act-1961.