IS IT COMPULSORY TO QUOTE DOCUMENT IDENTIFICATION NUMBER? 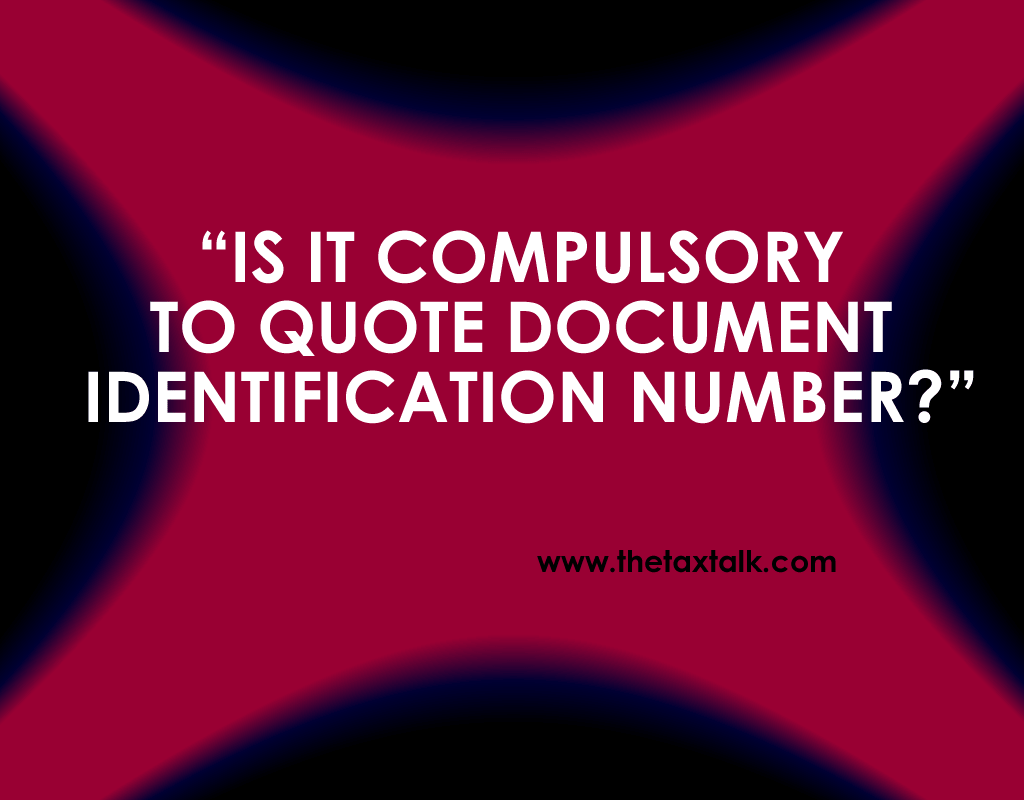 Sir, Kindly clarify the following points in the Tax Column of “The Hitavada”