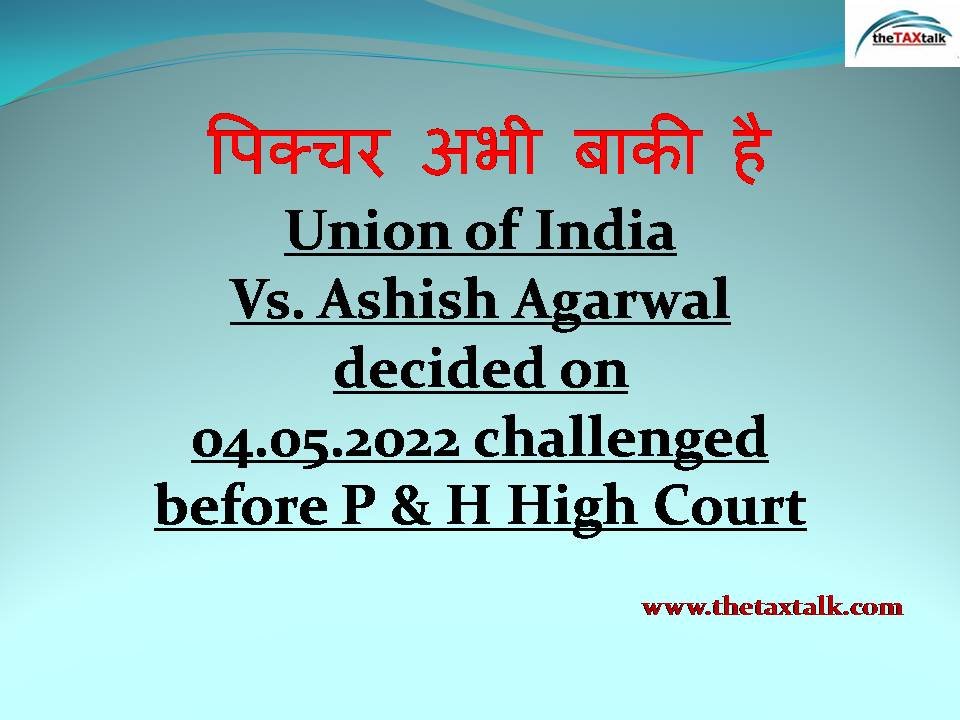 The Punjab & Haryana High Court has issued notice issued under section 148 for asstt year 2013-14 and also stayed further proceedings, being barred by limitation and the Instruction No 1/2022 issued by CBDT being misleading in view of provision of section 149(1) and Supreme Court judgement in the case of Ashish Aggarwal .

“It is argued that the proceedings pertaining to assessment year 2013-2014 are time barred by virtue of the proviso to Section 149 of the Income Tax Act. The proviso to Section 149 specifically provides that no notice under Section 148 shall be issued if such notice could not have been issued at that time on account of being beyond the time limit specified under the provisions of Sub Section (1) (b) of the Section as it stood immediately before

It is vehemently asserted that the initiation of proceedings by issuance of notice under Section 148 A (d) for assessment year 2013-2014 are wholly without jurisdiction and are time barred.

Further contended that the department is purportedly proceeding on the basis of CBDT instructions dated 11.05.2022 (Annexure P-7) which in turn proceed directly in the teeth of the dictum laid down by Hon’ble Supreme Court in Ashish Agarwal (supra) and on a clear misleading thereof. On such ground a challenge to such circular dated 11.05.2022 at Annexure P-7 has also been raised in the instant petition.”

The Court after taking note of above issued notice of motion and ordered :-

Full text of order passed is attached as under: