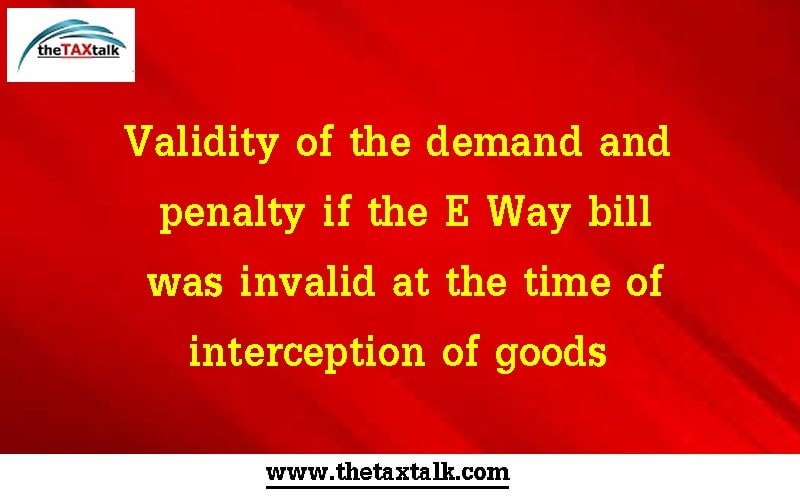 The landmark judgement is given by the Hon’ble Delhi High Court in Nirmal Kumar Vs Commissioner of CGST and Anr WP(C) 8585/2022 wherein it has been held that no demand and penalty should be levied under the GST laws in absence of intent to evade tax.

In this case, the transport vehicle carrying the goods of the taxpayer was intercepted. It was noted that the E-Way Bill pertaining to the goods had expired at the time of interception.

An order raising demand and penalty was passed by the GST Authorities. The taxpayer paid the same in protest.

It was further observed that there had been a change of vehicle amidst travel that led to a delay of delivery of goods.

Delhi High Court held that the Order levying demand and penalty should be set aside for the following reasons: