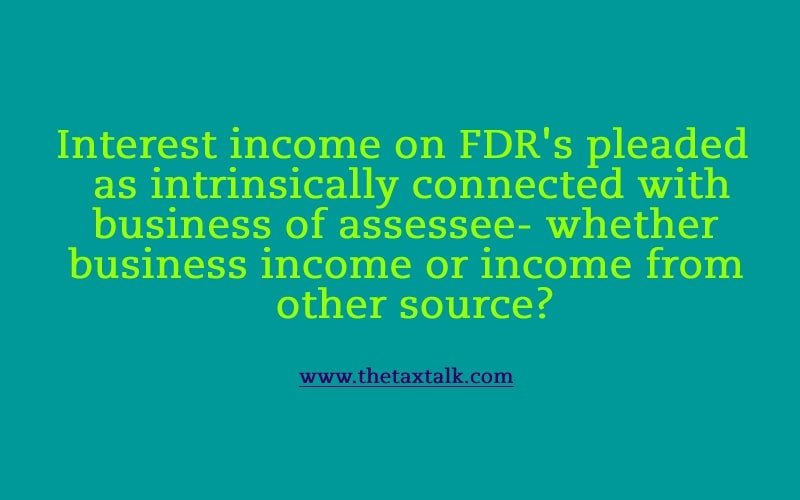 The question arises , Whether provisions of Section 47(iii) dealing with exemption from capital gains in case of gift will apply or Section 47(iv) dealing with transfer of shares by a holding company to subsidiary company will apply?  What are the ingredients of valid gift is discussed elaborately in the case of Principal Commissioner of Income-tax -5  Vs  Redington (India) Limited
By Madras High Court Dated 10/12/2020*
The Madras High Court in the above case was dealing with a situation where Redington a Listed Indian Company transferred its entire shareholding in a foreign subsidiary to another step down foreign subsidiary without consideration and claimed that the said transfer of shares was not liable to capital gains tax under the exemption provisions as contained in Section 47(iii) of the Income-tax Act,1961 as per which transfer by way of irrevocable gift is exempt from capital gains tax. The department however argued that the Act contains Section 47(iv) a special provision dealing with the transfer of shares by a company to its subsidiary as which transfer of shares to a foreign subsidiary is not exempt and as such the special provision will prevail over the general provision. Moreover as the transaction was international transaction, the provisions of Transfer Pricing were also roped in. The court examined in detail the definition of Gift as per Section 5 and 122 of the Transfer of Property Act and while holding that a company can make a valid gift to another company, observed that the transaction of transfer in the instant case was not voluntary and the background documents , Board resolution etc did not indicate any such intention of making gift. Moreover  the transfer was induced by a calculated plan to divest the holding to another venture capital investor. On these facts following the decision of McDowell, the Court allowed the department’s appeal by confirming the addition of more than Rs 600 crores.
The above judgement attached herewith deals in details the ingredients of a valid gift, the need for proper documentation when the gift is made and for any tax planning. The case is worth reading.
Transfer of shares of a foreign subsidiary to another step down foreign subsidiary without consideration & applicability of section 47(iii)