The country needs to come out of this tax culture that ‘businesses are all fraudulent!’ Even where 12 crore tax has been paid, just because some tax is still due, you can’t start attaching property 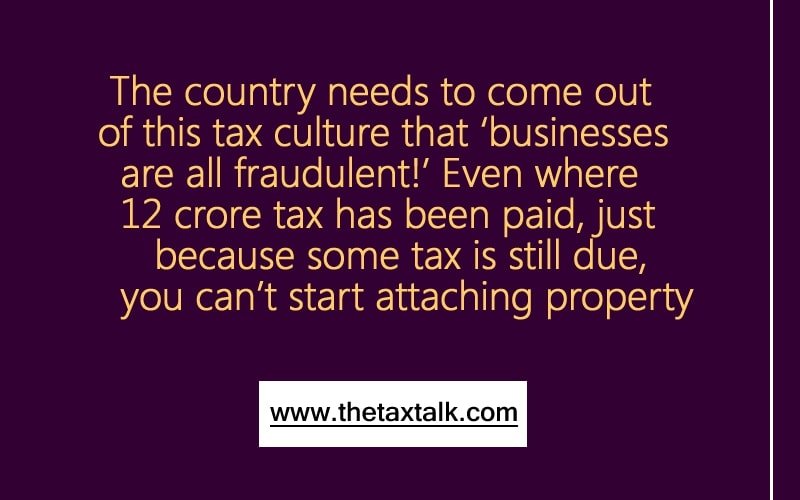 The country needs to come out of this tax culture that ‘businesses are all fraudulent!’ Even where 12 crore tax has been paid, just because some tax is still due, you can’t start attaching property

The bench of Justice Chandrachud and M. R. Shah were dealing with contours of the power of provisional attachment of property, including bank accounts, to protect revenue, under the Himachal Pradesh GST Act, 2017 has made some remarkable observation about the mode of working of the department.

Section 83 of the said Act provides that where during the pendency of any proceedings under the Act, the Commissioner is of the opinion that for the purpose of protecting the interest of the Government revenue, it is necessary so to do, he may, by order in writing attach provisionally any property, including bank account, belonging to the taxable person.

The court observed as under :