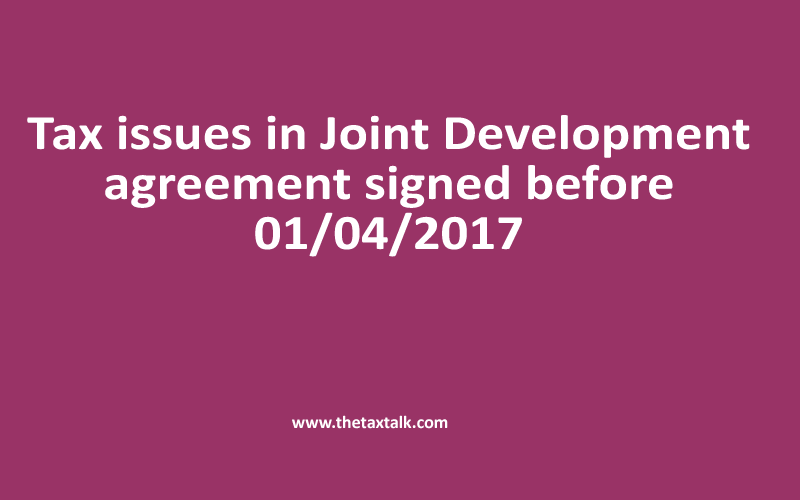 I had a plot which I gave it to a builder in Joint Venture. Now the builder would construct 4 storied building consisting of 8 flats, wherein builder would keep 5 flats and I would get 3 flats. I would get 1 flat on 1st floor and 2 flats on 4th floor. I want to retain both flats of fourth floor and use it as one residential property as I have a large family whereas I want to dispose off  by selling the 1st floor flat.  Land Value as per ready beckoner value the land is around 1 crore. I believe, in Joint venture, since half of the flats on land would be with builder, capital gain would be for me on Rs. 50 lakhs. Value of 1 flat as per RR rate is also 50 lakhs and since I will be converting 2 flats as one, value of flats would be 1 crore.
My question is, since the agreement happened on September 2016, should I while filing IT returns mention that against this capital gain I have reinvested the amount in this flat? What proof having the flat on my name do I need to submit to IT Department? What happens when I sell off my 1st floor flat? How would tax be calculated on it? Lastly, I already have an ancestral flat on my name where I am currently living; can I still take benefit of Section 54? [anmolmathur83@gmail.com]
Opinion: