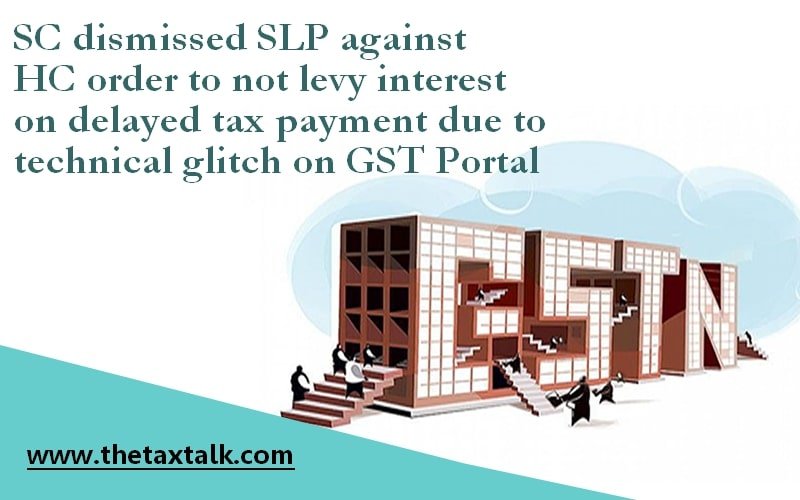 Thereafter, petitioner proposed to furnish GSTR-3B which system accepted, however, though payment of tax liability had been fully made by petitioner, due to system crash, information and details in all columns of this return were shown as zero.

The, petitioner immediately informed GST Authorities, however, authorities maintained silence for a considerable period of time and did not provide remedial measures.

The petitioner submitted that he had discharged his tax liability by depositing requisite funds in Cash ledger within time, however, it was because of technical glitch same could not be credited to Government account, and therefore he would not be liable for interest.

The department filed Special Leave Petition against the order.

The Honorable Apex Court observed that decision of High Court was passed on November 14, 2019 and the proposal for filing the Special Leave Petition was sent after almost six months on May 20, 2020 and it took another three months to decide whether to file Special Leave Petition or not on August 25, 2020. Such kind of lethargy on part of the revenue department with so much computerization having been achieved is no more acceptable.

Therefore, this petition was to be dismissed as time barred.