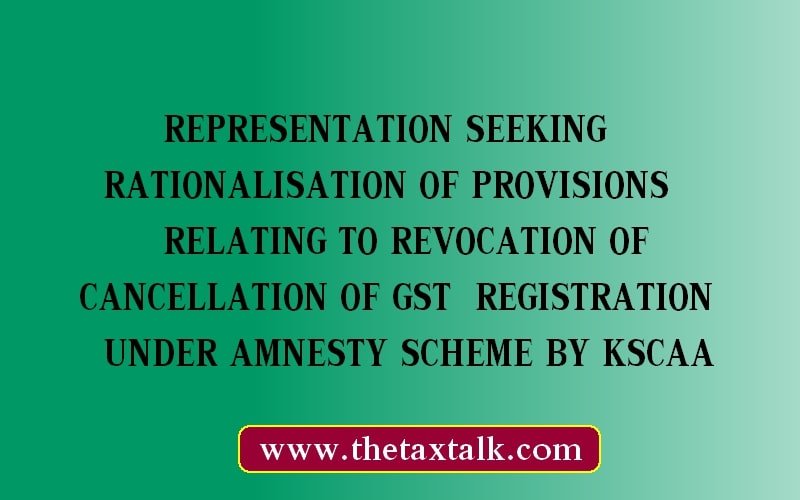 SUBJECT: REPRESENTATION SEEKING RATIONALISATION OF PROVISIONS RELATING TO REVOCATION OF CANCELLATION OF REGISTRATION UNDER AMNESTY SCHEME 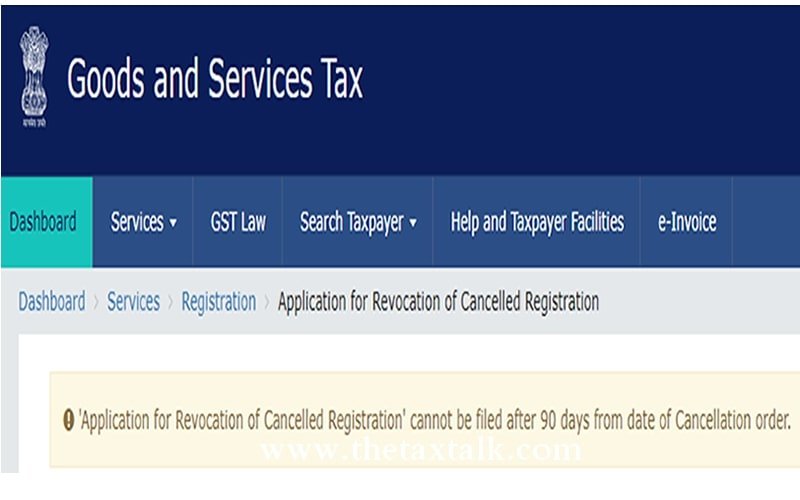 We at KSCAA consider that the above issues and the representation that we have made would appeal to your good selves and we are optimistic that your good selves would definitely make an ‘all out’ effort to ensure that the necessary steps are be taken to iron out the creases that we have highlighted to make this Amnesty scheme a huge success for both Government and the Taxpayers.