Prohibition of Benami Property Transactions Act: What you need to know 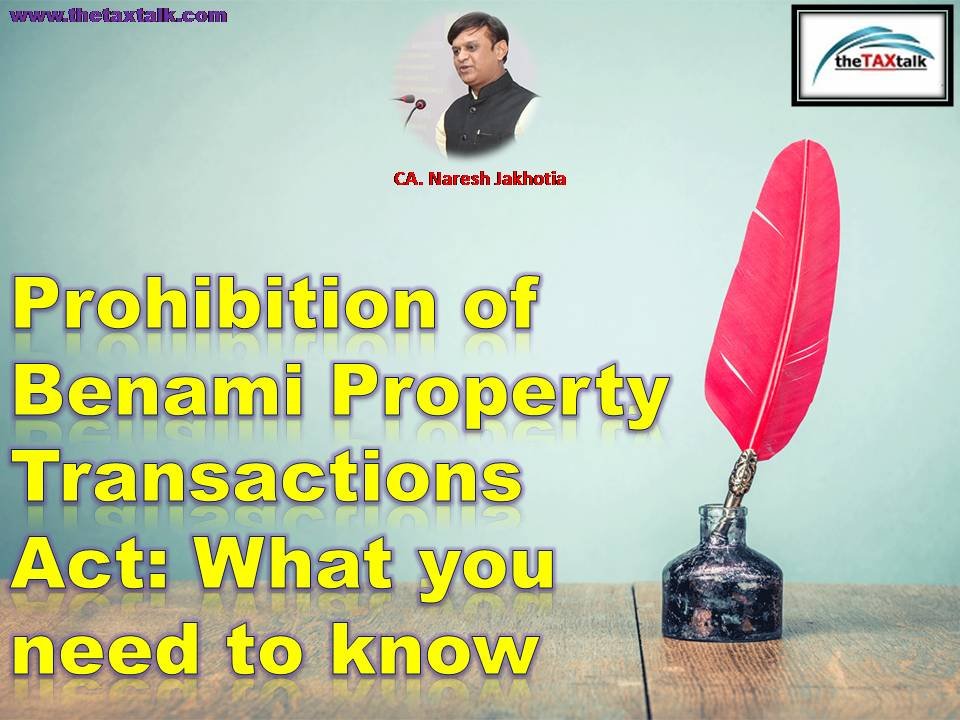 Prohibition of Benami Property Transactions Act: What you need to know

There have been instances of purchase of the property in the name of the servants, relatives or even non-existent persons. The purpose was to either invest the black money, to evade taxes & to defeat the provision of any other laws. To counter this, the Benami Transactions (Prohibition) Act was passed in 1988. In its original form, the Benami Act was feeble as it didn’t prescribe adequate penalties or strong enforcement mechanism against the benami transactions. In 2016, the ‘Benami Transactions (Prohibitions) Amendment Act, 2016 was put in place to curb benami transactions & the Act was renamed as Prohibition of Benami Property Transactions (PBPT) Act, 1988. The 1988 Act with 9 sections was converted into an Act of 72 sections wherein not only the scope and ambit of benami transactions & exceptions thereto was widened but also strong penal provisions & mechanism got incorporated.

PBTA is applicable if there is a Benami Property as a result of Benami Transaction. Let us know about it:

The meaning of Benami Property:

Benami property means any property which is the subject matter of a benami transaction and also includes the proceeds from such property.

Benami Transactions:
Under the PBTA, the following four categories of transactions or arrangements are considered as benami transactions:

Few of the live & recent examples of the Benami transactions under PBTA:

Penalty under the PBTA:

There are heavy penal consequences if a person is found to have done the benami transaction as under:

Retrospective Applicability:
The new Benami law was made applicable from 2016. There was a lot of controversy & debate as to its applicability on transactions entered prior to amendment. Recently, the Supreme Court in a landmark case of UOI Vs. M/s Ganpati Dealcom Pvt Ltd has held that the authorities cannot initiate or continue criminal prosecution and confiscation proceedings for transactions entered into prior to this date.

Conclusion:
Digitization, inter-linking & flow of data from multiple agencies coupled with the artificial agencies has resulted in tracing of cases related to the Benami Transaction. With the Government’s resolve to bring in transparency in the economy, benami law is going to be used as a potent tool in years to come.

[Readers may forward their feedback & queries at taxtalknew@gmail.com. Other articles & response to queries are available at www.theTAXtalk.com ]