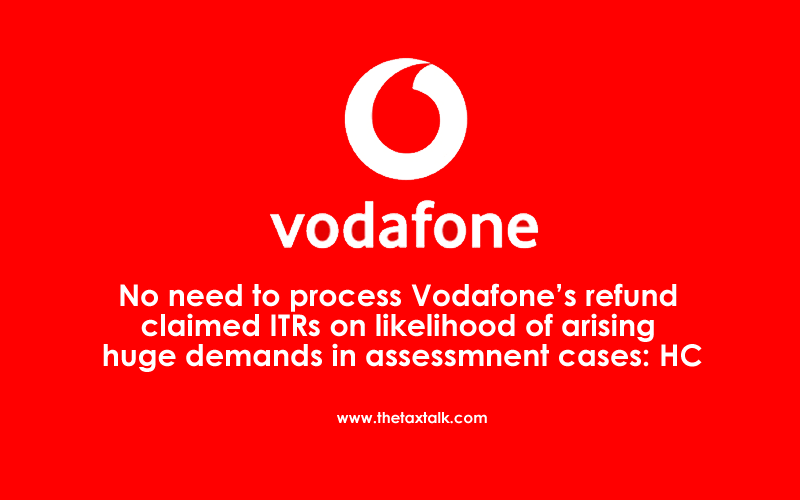 a) Petitioner-Vodafone filed writ petition on account of inaction on the part of the Assessing Officer (AO) in not processing income tax returns (ITRs) for Assessment Years 2014-15 to 2017-18 as it would have resulted in issuance of refunds aggregating to 4,759.74 crores.
b) It sought High Court’s direction upon the AO to expeditiously process and issue refund for the relevant period together with eligible interest under Section 244A of the Act.

The High Court dismissed petition and held as under:

1) It was noted that for Assessment Year 2014-15, the petitioner had approached the AAR and scrutiny assessments were pending before the AO for Assessment Years 2015-16 and 2017-18.
2) The petitioner had also undertaken two schemes of amalgamation involving merger of certain group companies in order to restructure its business operations and increase operational efficiencies.
3) Further, assessments for the A.Y. 2012-13 and 2013-14 were under special audit and any demand that would arisen from the processing of the said assessment years were to be adjusted against the refund claims.
4) Since substantial outstanding demand were pending against the petitioner, AO should have the right to adjust the demands against the refunds that might arise but had not yet been determined due to ongoing scrutiny proceedings.
5) Thus, AO had rightly exercised discretion under section 143(1D) not to process the returns, considering the fact that substantial demand had been arisen on completion of scrutiny assessment of the earlier years.   – [2018] 100 taxmann.com 310 (Delhi).
Share Link: