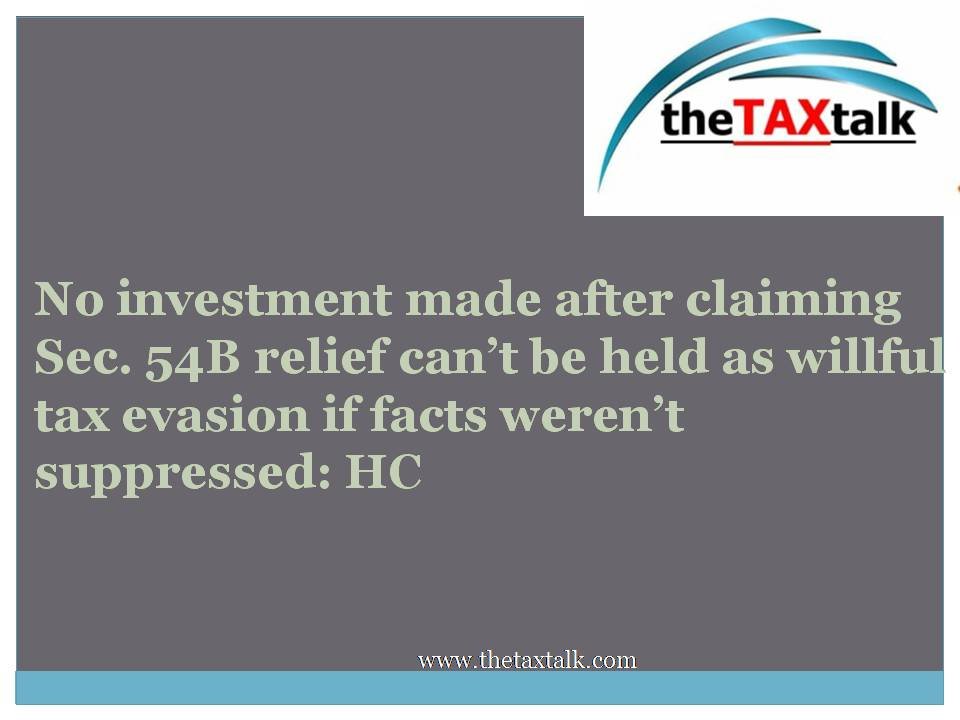 Let us have a short overview of the following case:

It was covering the issue of Offences and prosecution against the assessee as Wilful attempt to evade tax, etc for the Assessment year 2010-11.

In this case, Assessee sold agricultural land and paid sale proceeds to a firm A for purchasing property.

After payment, assessee claimed exemption under section 54B/F of the I.T.Act.

In survey of said firm, it was revealed that no land was purchased in assessee’s name.

On issue of reassessment notice, assessee filed a revised return after excluding incorrect claim of deduction under section 54B/54F.

Consequently, penalty was imposed on assessee under section 271(1)(c).

In meantime, prosecution was also initiated against assessee under sections 276C and 277.

However, Tribunal factually recorded that there was no suppression of facts and assessee had originally disclosed receipts of sale property.

The issue before court was whether since Assessing Officer did not examine claim of assessee that money was given to firm for investment in property or not, it could not be presumed that mere wrong claim of exemption was wilful evasion of tax?

It was answered in affirmative.

Another issue before court was whether penalty proceedings and prosecution under section 276C are simultaneous, thus, when penalties were set aside by Tribunal, quashing of prosecution would be automatic?

It was again answered in affirmative.

Where assessee paid sale proceeds of an agricultural land for purchasing property, to a firm, and claimed exemption under section 54B/F, since AO did not examine claim of assessee whether money was given to firm for investment in property or not, it could not be presumed that mere wrong claim of exemption was willful evasion of tax; furthermore as penalty proceedings initiated against assessee were set aside by Tribunal, quashing of prosecution would be automatic