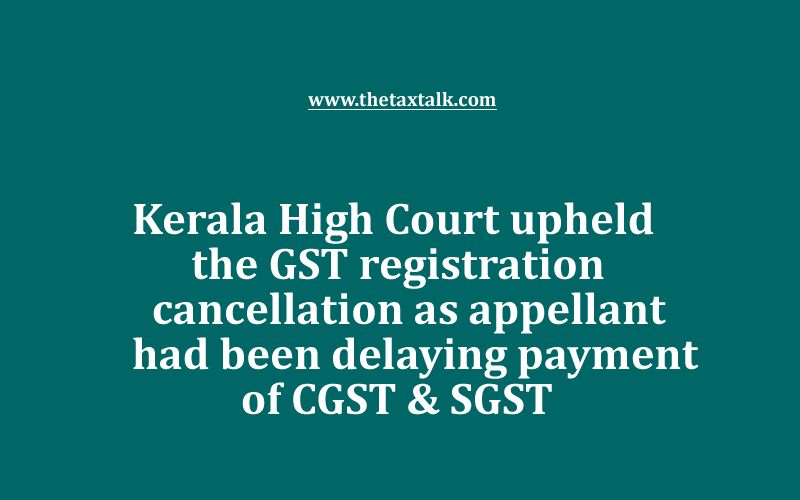 Kerala High Court in the case of Magnamind Ventures (P) Ltd. Vs State of Kerala

“The appellant is a private limited company engaged in carrying specialist service of dry cleaning, providing such services to hotels, airline companies and the like. The appellant had been delaying payment of Central Goods and Services tax as also the State Goods and Services Tax from year 2017 onwards. Payments were made with long delay, on which no action was taken. However, when there was  consistent default and the dues mounted uncontrollably, the department took action through the 4th respondent.

The Writ Appeal is dismissed with the above observation.