Interest & Penalty to be imposed only if credit was wrongly availed & utilised: HC 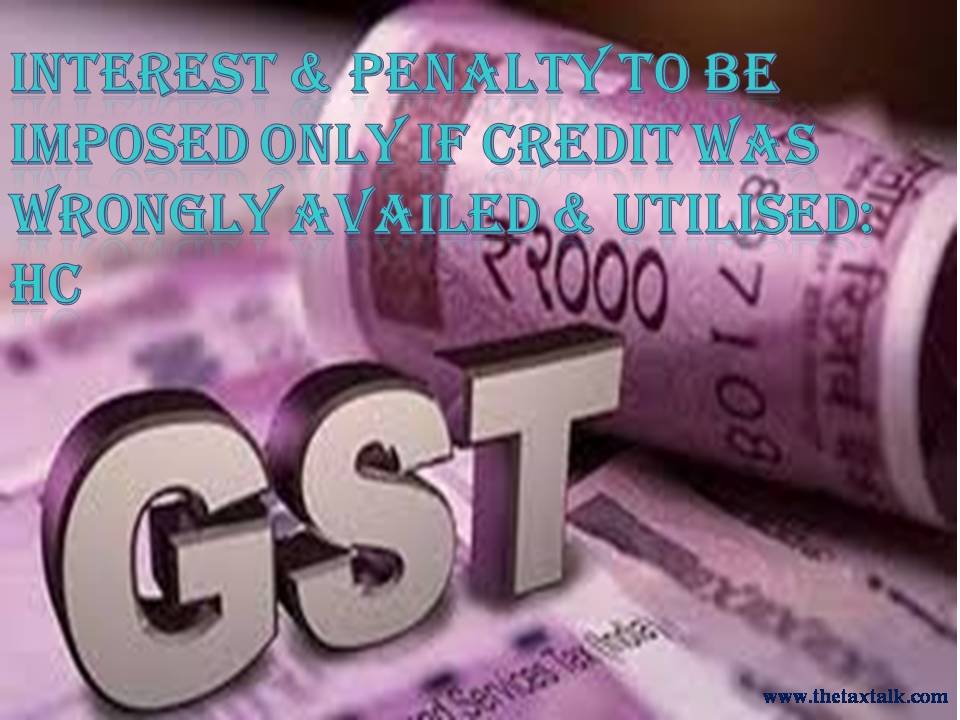 Interest & Penalty to be imposed only if credit was wrongly availed & utilised: HC

The input tax credit was wrongly availed of VAT paid on capital goods purchased for hotel business by the petitioner.

It filed TRAN-1 and transitioned such credit but the aforesaid credit was never utilized.

The department levied interest and penalty on undue ITC claimed through TRAN-1. It filed writ petition against the same.

The Honorable High Court observed that the entire transitional credit was reversed by the petitioner in the monthly returns for the month of January 2020 for the Assessment Year 2019-2020.

Though an improper attempt was made by the petitioner to transition the aforesaid credit but he had not utilized the same and had also reversed the same after a Show Cause Notice was issued.

Since, such credit was not utilised, the proper method would have been to levy penalty under section 122 of CGST Act, 2017 and not under Section 73 or 74 of CGST Act.

Therefore, considering the gravity of the mistake committed by the petitioner, a penalty Rs. 10,000 is imposed on the petitioner and order levying interest and penalty was partly quashed