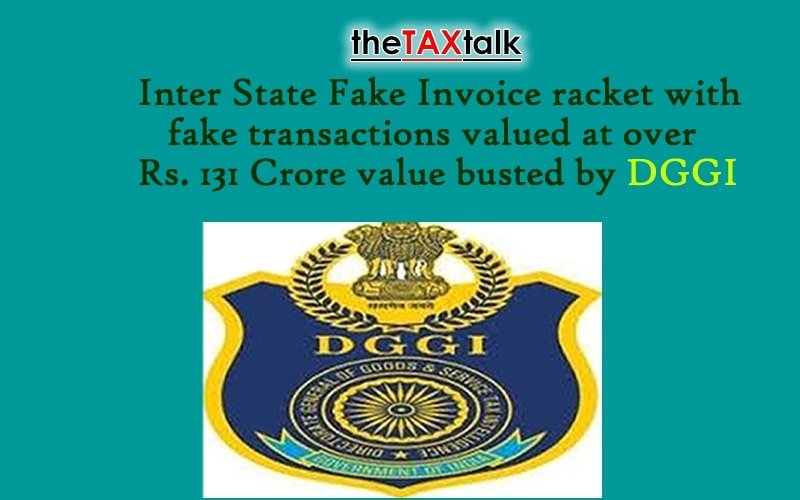 An Inter State fake invoice racket with fake transactions valued at over Rs. 131 Crore involving 3 Taxpayers, one based in Maharashtra and 2 based in Karnataka, was busted by the officers DGGI, Nagpur Zonal Unit yesterday.

On the basis of intelligence developed using online tools, searches were conducted in remote areas of Chandrapur District against a Taxpayer involved in issuance of fake invoices and availment of fraudulent ITC.

The investigations also revealed the details of 2 more Taxpayers based in Karnataka who were a part of this racket as they were found to have taken GST registration on the same date, had declared the same e Mail addresses in REG 01 and were sole suppliers/buyers of each other.

The matter has been taken up with the jurisdictional DGGI, Zonal Units for apprehending the kingpin who is reportedly based in Karnataka.