Provision for set off & carry forward of Losses & Tax Planning 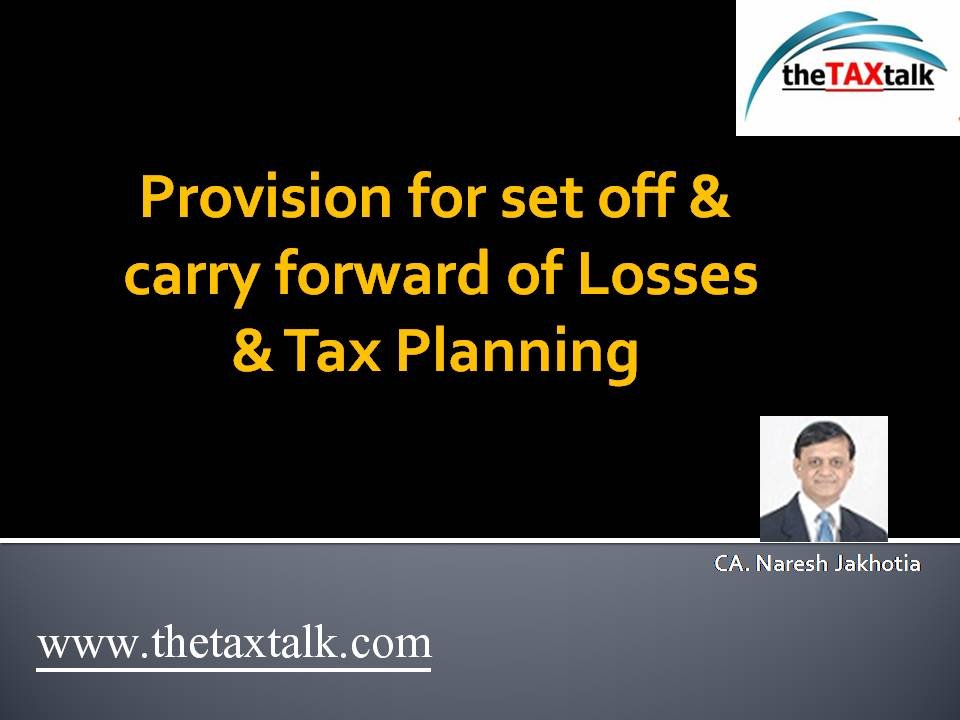 Provision for set off & carry forward of Losses & Tax Planning

Income tax law provides for computation of income independently under five heads of income, as under:

Every income of the taxpayers has to be categorized in any one of the first four heads of income. If income cannot be categorized under any one heads of income as mentioned above, it will be considered as “Income from Other Heads”.  There are specific rules and regulations for each head of income & the income has to be computed in accordance with the specific computation mechanisms provided therein.

Taxpayers must note that income tax liability doesn’t always arise on “Net Income” during the year. It is subject to provision related to intra-head and inter-head adjustment of the losses. Let us understand this with following two examples:

Income Tax Act contains specific provision for set off & adjustments of losses which is subject to various terms & conditions. Let us have a look at the broader provision of such adjustment for tax optimization:

Provision for Carry Forward (C/F) of Loss:
After making above permissible intra-head and inter-head adjustments if there remains losses then such unadjusted losses can be c/f for set off against income of subsequent years. Of-course, it is also subject some riders which are as under:

iii.   Speculative Business Loss can be C/F for 4 years for adjustment against Income from speculative business only.

III. Business loss, capital gain loss, horse race loss can be c/f forward only if the income tax return is filed within the due date.