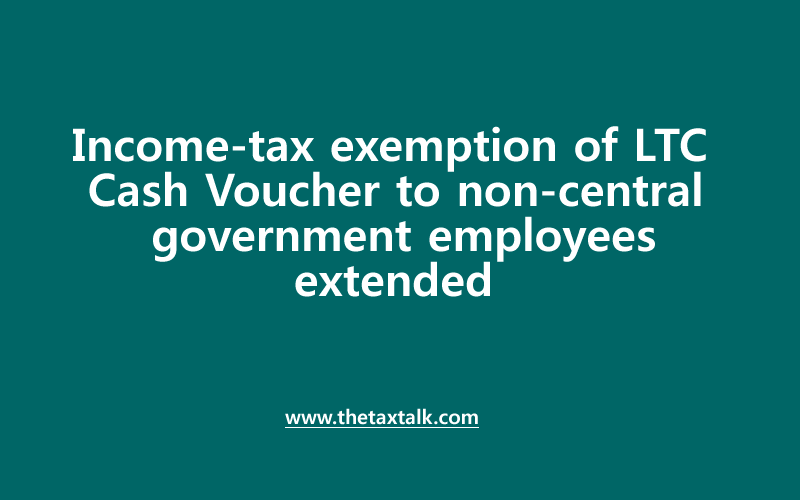 Due to COVID-19, all businesses have been hit and so is the LTC planning of the employee.

As a result of travel restrictions, social distancing norms & safety concern, most of the employees would not be in a position to avail Leave Travel Concession (LTC) in the current Block of 2018-21.

So as to compensate central government employees and incentivise consumption, the finance Ministry has allowed payment of cash allowance equivalent to LTC fare to Central Government employees, subject to certain conditions.

The press Release extending the similar income-tax exemption for the payment of cash equivalent of LTC fare to the non-central government employees has been issued on 29/10/2020.

The key features are as under:

iii.   Spending of three times of the value of the deemed LTC fare

vii. The payment should be made through digital mode