what are the remedies available in case of High pitched assessments ? 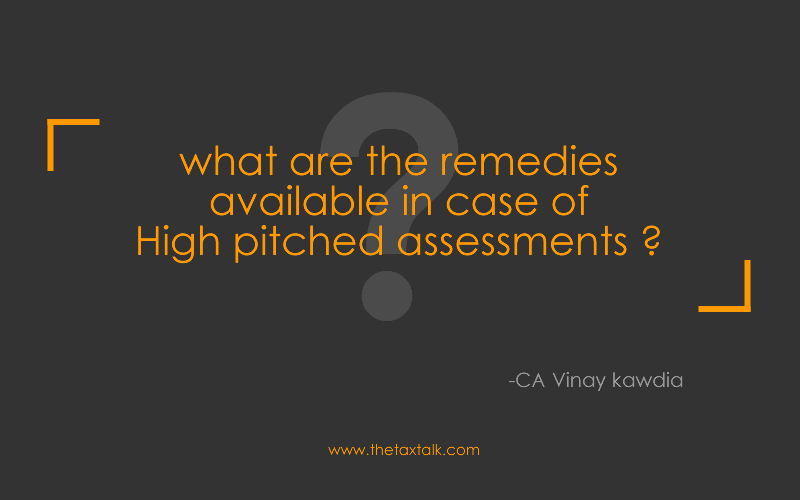 ISSUE: Stay and recovery – what are the remedies available in case of High pitched assessments apart from other meritorious grounds such financial hardship, favorable judgments of higher authorities etc.?

“where the income determined on assessment was substantially higher than the returned income, collection of the tax in dispute should be held in abeyance till the decision of  the appeal provided there were no lapses on the part of the assessee.”

“Circular No. 1914 deals with collection and recovery of income tax, however it does not standardize the quantum of lumpsum payment required to be made by asssessee as a pre-condition of stay of disputed demand before Commissioner (Appeals). Circular dated 29-2-2016 being a partial modification of Circular No. 1914 merely prescribes the percentage of the disputed demand that needs to be deposited by assessee.

Thus, although process for granting stay was streamlined, and standardized by Circular dated 29-2-2016 but it could not mean that Instruction No. 2-B(iii) contained in Circular No. 1914 dealing with situation of unreasonably high pitched or dealing with situation of genuine hardship caused to assessee was erased by Circular dated 29-2-2016, therefore, both these factors should have been considered by both, Assessing Officer as well as Principal Commissioner before requiring the assessee to deposit 15 per cent of the disputed demand amount”