Haryana Warehousing Corporation is not a ‘Government entity’: Haryana AAR 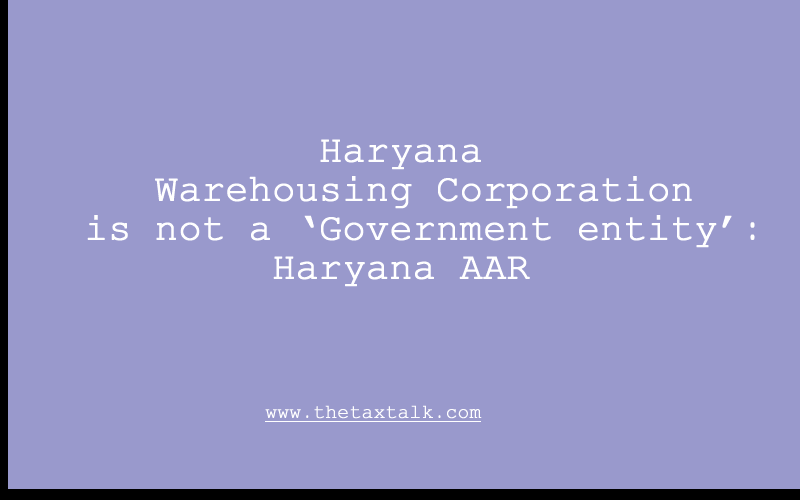 Haryana Warehousing Corporation is not a ‘Government entity’: Haryana AAR

The Applicant was incorporated under Section 18 of the Warehousing Corporations Act, 1962, which is an Act of Parliament.

It filed an application for advance ruling to determine whether it would be treated as Government Entity or not as per definition contained in para 2(zfa) in Notification No. 12/2017 – Central Tax (Rate), dated 28-6-2017.

However, 100% of equity and control of the Central Warehousing Corporation lies with the Government of India.

As per Notification No. 12/2017 – Central Tax (Rate), dated 28-6-2017, 90% or more participation by way of equity or control of the Government was necessary for qualifying as Government Entity.

In this case, admittedly the equity share of Central Government was 55.02%. Therefore, the condition of 90% or more participation by way of equity of Government was not fulfilled.

Hence, it was held that Haryana Warehousing Corporation was not a ‘Government entity’.