Filing of GSTR 3B by dealers who have opted QRMP Scheme : SMS by Delhi GST Department 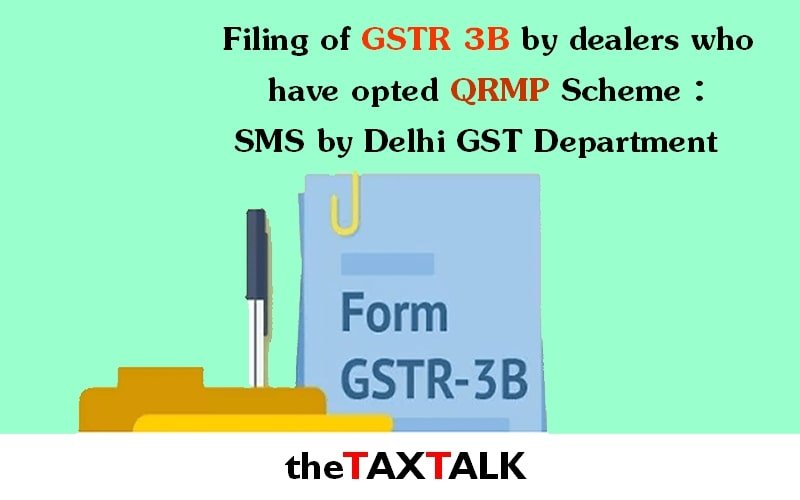 Filing of GSTR 3B by dealers who have opted QRMP Scheme :

Some of the taxpayers operating under QRMP Scheme have received staggering messages from Delhi GST authorities alerting them to file their GSTR-3B for January 2021 immediately, failing which the best judgement assessment may be carried out by the in terms of section 62 of the Delhi GST Act.
It may be noted that Taxpayers operating under ‘QRMP Scheme’ have option to file their returns on quarterly-basis with effect from 01.01.2021 on monthly payment of taxes.
As per section 62 of the DGST Act, best judgment assessment should be done by the department where taxpayers fail to furnish the return under section 39 and 45, even after the service of a notice under section 46 of the said Act.
The taxpayers operating under QRMP Scheme cannot be considered as defaulter of return for January 2021 since they have the option to file GSTR-3B on quarterly basis.
Invocation of best judgment assessment under section 62 in such cases without issuance of notice under GSTR-3A is clearly in violation of the principle of natural justice and hence bad in law.
The above sms/ messages have created undesired panic amongst such taxpayers.

In my view,  there is no need for the taxpayers to get panic on receipt of such messages if they are following the scheme. The message appears to be a erroneous and without considering above provisions of law.