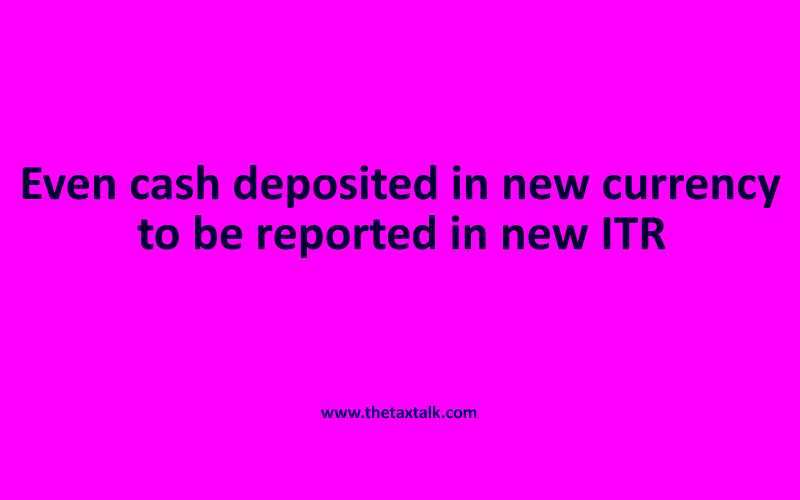 I] Last year, I have filed my income tax return in ITR-2A whereas my wife has filed the return in ITR-1. However, no such form 2A is there.  Whether we should wait for the new ITR forms or should I file in other ITR form? My wife is still not having adhaar number but in the newspaper I have read that without aadhar PAN is non functional. Please clarify what to do? [K.S.P, Raipur]

“Today, it takes more brains and effort to make out the income-tax form than it does to make the income”- Alfred E. Neuman
Changes in the Income tax return filing forms have become an annual feature now. Every year, new sets of income tax returns forms are notified by the Government. It’s time to know the correct return forms and the changes therein as tax compliances begin and end with filing income tax return for majority class of individual taxpayers.

The returns forms notified and its applicability is tabulated in the following chart:

E-filing has been mandatory in all the cases except the following two categories of taxpayer who are allowed to file return in paper form:

Amongst recent changes, following are few significant changes incorporated in the ITR forms:

i] Quoting of Aadhar Number:
Finance Act-2017  has made it mandatory to enroll for Aadhaar in order to file a return in India or apply for a PAN or to keep the existing PAN Active. Now, mentioning of Aadhar number (or the Aadhar enrolment number, in case applied for) in the return form is compulsory.
ii] Cash deposits during 09/11/2016 to 30/12/2016:
A new column has been inserted in all ITR forms to report cash deposited by taxpayers in their bank accounts during the demonetization period (i.e., from November 9, 2016 to December 30, 2016). However, taxpayers are required to fill up this column only if they have deposited aggregate amount of cash (in all the banks accounts taken together) of Rs. 2 lakh or more during the demonetization period. Amount deposited in any currency is required to be reported. There is no column to distinguish the deposit amount in old currency vis a vis new currency. It would have been better if the new ITR forms would have incorporated the remarks column or deposit column bifurcating the deposits in the old/new currency separately.
iii] First time home buyer eligible for deduction u/s 80EE:
Section 80EE allows additional deduction of interest on home loan for first time home buyers to the extent of Rs 50,000/-. This deduction is over and above the Rs 200,000 limit currently permitted for house property covered under section 24(b) (i.e., house property). A new field has been provided in the new ITR forms under Schedule VI-A deduction to claim home loan interest under Section 80EE of the Act

iv]Disclosure of details of properties:
Last year the Government had introduced a new schedule requiring individuals/ HUFs to declare the value of assets and liabilities if their total income exceeds Rs. 50 lakh. Taxpayers were required to mention the cost of immovable property, jewellery, bullion, vehicles, shares, bank and cash balance, etc. Taxpayers are now required to disclose description and address of the immovable property & movable assets in new ITR forms. Further, new fields have been introduced in ITR forms for disclosure of ‘Interest held in the assets of a firm or AOP as a partner or member. Such members/ partners are also required to disclose the name, address, PAN of the firm or AOP

v] Disclosure of sales in digital mode:
As per the presumptive taxation scheme u/s 44AD, 8% of gross receipts or turnover is to be deemed as income of the taxpayer. However, it is reduced to 6% for digital receipts of the taxpayer. New columns have been inserted in ITR 4 to disclose turnover received through digital mode. Consequently, columns have been inserted to disclose presumptive income at 6% & 8%.