Whether relief u/s 89(1) is available to arrears of family pension? 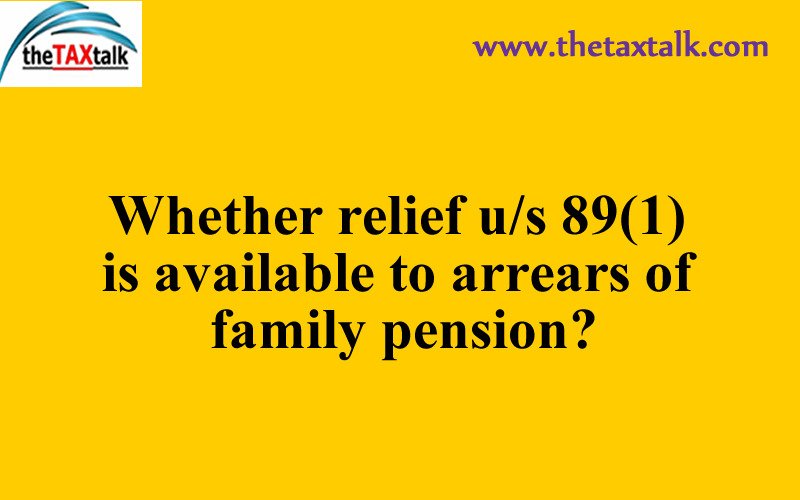 Whether relief u/s 89(1) is available to arrears of family pension?

I have a query regarding family pension arrears.

Assessee is in receipt of family pension since 1995 and family pension is regularly offered to tax under section 57 under other sources with standard dedn under this section 57 of maximum amount of Rs 15000 each year from Ay 1996 97 to 2020 21 ( he is in receipt of this due his wife’s demise in 1995) and he also declare his pension, interest income and rental income.

a. Is he eligible to claim 89(1) as this section refers to Section 57 explanation (iia).

or is it capital receipt

1. The amount is not a capital receipt but “income” within the meaning of income under the income Tax Act.

2.Family pension is also be eligible as covered by section 89(1).

Explanation to clause (iia) of section 57 is just an explanation about family pension.

Relief when salary, etc., is paid in arrears or in advance.

89. Where an assessee is in receipt of a sum in the nature of salary, being paid in arrears or in advance or is in receipt, in any one financial year, of salary for more than twelve months or a payment which under the provisions of clause (3) of section 17 is a profit in lieu of salary, or is in receipt of a sum in the nature of family pension as defined in the Explanation to clause (iia) of section 57, being paid in arrears, due to which his total income is assessed at a rate higher than that at which it would otherwise have been assessed, the Assessing Officer shall, on an application made to him in this behalf, grant such relief as may be prescribed93:

4. In short, Section 89 relief is available even in respect of family pension. 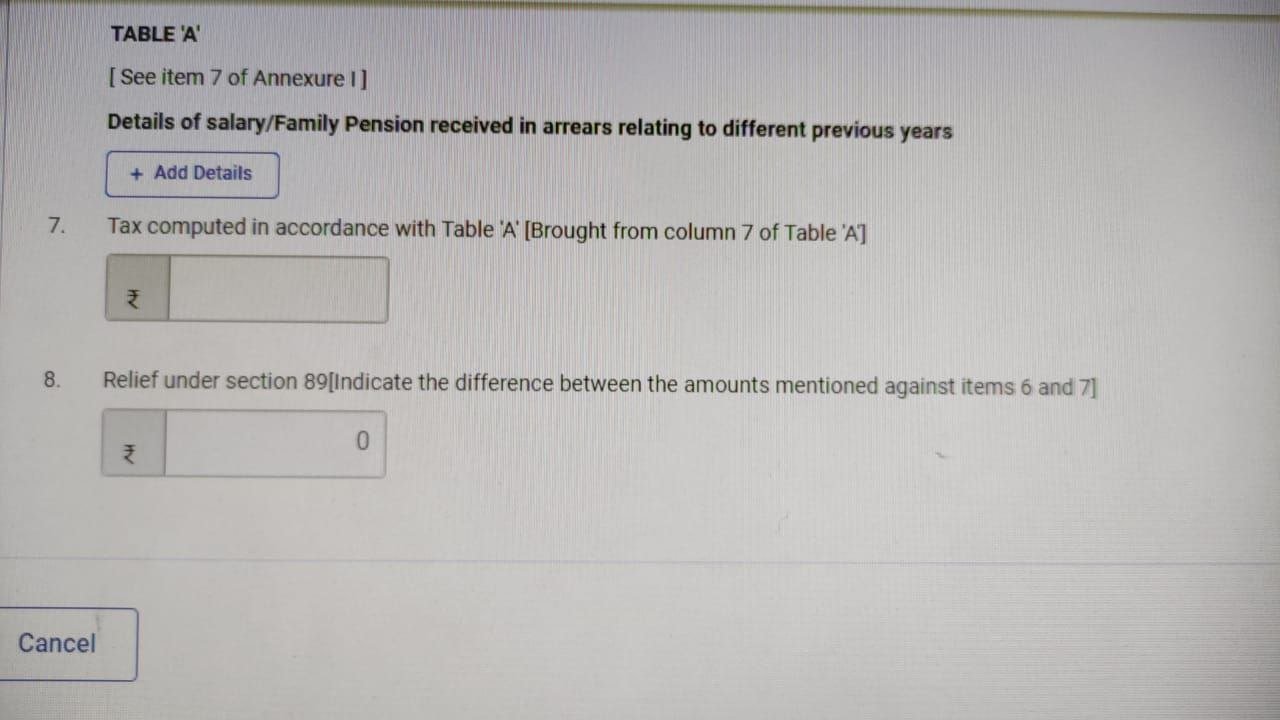 Income Tax Raids on a real estate group in Mumbai and Navi Mumbai: No TDS on an amount of Rs. 300 Cr, Digital evidences of Tax evasion etc found

An overview of the provision related to “Transmission of Securities”

Redevelopment Agreement: Benefit received by Flat Owner in Society from developer on redevelopment is not taxable

All about Legal Entity Identifier (LEI)

Income Tax Officer cannot disregard the transaction just because it results in a tax advantage to the assessee.

Non issuance of Show Cause Notice and Draft Assessment Order is violation of Section 144B: Court set aside the order

Legitimate Tax Planning is not illegal

Rights & Duties of the Taxpayers

GST on sale of Plots: Landmark Ruling by AAR, MP