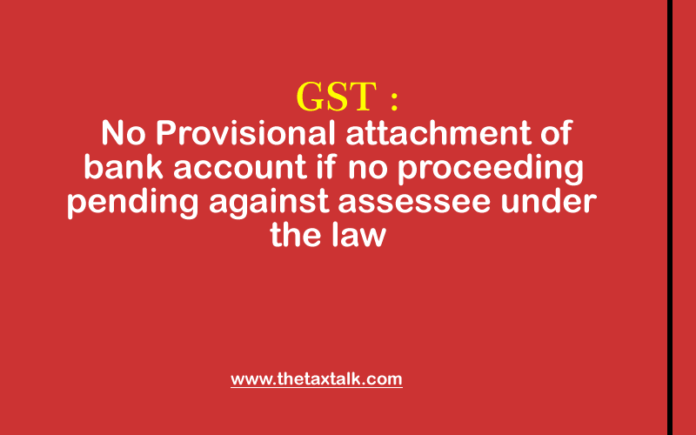 IN THE MADRAS HIGH COURT

Therefore, it is contended that section 79 of the Central Goods and Services Tax Act, 2017, cannot be invoked by the first respondent to recover the said sum as if, such sum is an arrear payable by the petitioner. The learned counsel for the petitioner further pointed out that though a statement was obtained from the petitioner on 19-6-2019, by the Superintendent of GST, stating as if the petitioner availed input credit during the period from June – 2018 to October – 2018 on the strength of invoices of fake units, the said statement was subsequently retracted by the petitioner through communication dated 26-6-2019, specifically, by stating that the petitioner’s answer is to be read as that they have so far taken ITC of Rs. 53,28,645 for goods received along with invoices.

Therefore, it is contended that based on the mere statement which is subsequently retracted by the petitioner, the impugned proceedings cannot be issued.

Q 13. How much input credit you have availed during the period from July 2018 to October 2018 on the strength of those invoices of above fake units?

Q 17. By wrongly availing ITC on the basis of fake invoices issued by above fake units without receipt of goods, you are liable to pay the amount of ITC wrongly availed as per section 74 of the CGST Act, 2017 along with the interest payable thereon under section 50 and penalty as per the provision of CGST Act, 2017. Comment.

A 17. I state that I received invoice along with goods from the above mentioned companies. I have paid them through bank account.

In respect of documentary evidence I can provide you Stock register, packing slip, E-way bills, vehicle details, bank account details through which we made the bank transfer.

Accordingly, the writ petition is allowed and the impugned proceedings is set aside. However, it is made clear that this Court is not expressing any view on the merits of the allegation made by the respondent against the petitioner, as it is for them to adjudicate the matter in a manner known to law. No costs. Connected miscellaneous petitions are closed.