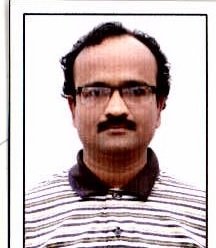 Analysis of assessment of demonetisation cases

In its ongoing Operation Clean Money drive (OCM), Various cases were selected for scrutiny assessment for AY 2017-18 where large amount of CASH was deposited during demonetisation period i.e. 9th November 2016 to 31st December 2016.

It is observed that while passing order for scrutiny assessment for cash deposited during demonetisation period, Various Assessing officer had made addition under different section.

At a time when large chunk of Assessing officers used section 68 whereas on other side various Assessing officers had used section 69A of the Act. Both the section has been elaborately discussed with reference to maintenance of Books of accounts and prima facie maintainability of addition made under these two sections. Apart from these two sections. Addition made under other scenario is also discussed briefly:

In this regard, Definition of Section 68, Section 69A and Section 2(12A) of I-T. Act is reproduced below:

(12A) ‘Books or Books of account’ includes ledgers, day-books, cash books, account-books and other books, whether kept in the written form or as print-outs of data stored in a floppy, disc, tape or any other form of electro-magnetic data storage device;”

Analysis of language of section 68 and 69A

As per plain reading following condition must be fulfilled for applicability of section 68.

Like-wise, As per plain reading following condition must be fulfilled for applicability of section 69A:

As per language of section, Section 69A can be invoked only when the assesse has not recorded such money in the books of accounts and offers no explanation or unsatisfactory explanation. Both the condition given in point no 2 and 3 are cumulative and satisfaction of either of condition does not automatically triggers rigours of section 69A.

In other words, We can say that when the assesse has recorded such money in his books of accounts then no explanation is required to be offered for the purpose of section 69A. Addition u/s 69A can be made only when such money is not recoded in the books of accounts and not offered satisfactory reply.

Now let us take different situation and analyse addition made under different section.

In such a situation addition is not tenable in the eyes of law because assesse had RECORDED such transaction in his books of accounts and once it is recorded then no explanation is required to be made for section 69A. It is fair chances that such addition may be quashed by the courts.

If AO would have made addition u/s 68 then situation would have been different. If addition is made u/s 68 in such a situation then assesse has to prove genuineness and credential of the transaction to the satisfaction of AO and case would be decided by appellate authorities on merits and facts.

In such a situation, such type of addition is not tenable in the eyes of Law because provisions of section 68 can be invoked only when the assesse has maintained books of accounts.

When the assesse is not require to maintain any books of accounts and no such books is maintained then it can be argued that mere pass book or bank statement can-not be construed as book of accounts and addition made u/s 68 is not justified.

Though if the assesse had maintained bank book then situation will be different but in such a situation addition made u/s 69A is technically correct and will be decided by the court of law on the facts and merits of the case.

In a recent decision the Ld Delhi Tribunal in the case of Gordhan, Delhi v/s DCIT dated 19/10/2019 held that “ no addition can be made u/s 68 on the sole reason that there is a time gap of 5 months between the date of withdrawals from bank account and redeposit the same in the bank account , Unless the AO demonstrate that the amount in question has been used by the assesse for any other purpose. In my view addition is made on inferences and presumptions which is bad in law.”

“ This cash flow statement furnished by the assessee was rejected by the AO which is on the basis of suspicion that the assessee must have spent the amount for some other purposes. The orders of AO as well as CIT(A) are completely silent as to for what purpose the earlier withdrawals would have been spent. As per the cash book maintained by the assessee, a sum of Rs. 10,000 was being spent for household expenses every month and the assessee has withdrawn from bank a sum of Rs. 2 lacs on 4th Dec., 2000 and there was no material with the Department that this money was not available with the assessee. It has been held by the Tribunal that in the instant case the withdrawals shown by the assessee are far in excess of the cash found during the course of search proceedings. No material has been relied upon by the AO or CIT(A) to support their view that the entire cash withdrawals must have been spent by the assessee and accordingly, the Tribunal rightly held that the assessment of Rs. 2.5 lacs is legally not sustainable under s. 158BC of the Act and the same was rightly ordered to be deleted.”

The Ld. Delhi Tribunal in the case of AGONS GLOBAL P LTD v/s ACIT (Appeal No 3741 to 3746/Del/2019 has held that mere addition made on this ground that there is deviation in ratio is not proper. When the assesse had regular cash sale and deposit of cash in bank accounts and if nothing incrementing is found contrary then addition u/s 68 of such cash sale would tantamount to double taxation.

The Ld. Indore Bench in the case of DEWAS SOYA LTD, UJJAIN v/s Income Tax (Appeal No 336/Ind/2012 has held that “ The claim of the appellant that such addition resulted into double taxation of the same income in the same year is also acceptable because on one hand cost of the sales has been taxed (after deducting gross profit from same price ultimately credited to profit & loss account) and on the other hand amounts received from above parties has also been added u/s. 68 of the Act. This view has been held by the Hon ‘ble Supreme Court in the case of CIT vs Devi Prasad Vishwnath Prasad (1969) 72ITR194 (SC) that “It is for the assessee to prove that even if the cash credit represents income, it is income from a source, which has already been taxed”. The assessee has already offered the sales for taxation hence the onus has been discharged by it and the same income cannot be taxed again.

Reliance can also be placed on the decision of Hon’ble Supreme Court in the case of CIT vs Durga Prasad More (1969) 72ITR807 (SC) in which it was held “If the amount represented the income of the assessee of the previous year, it was liable to be included in the total income and an enquiry whether for the purpose of bringing the amount to tax it was from a business activity or from some other source was not relevant”.

Reliance can be placed on the decision of Hon ‘ble Rajasthan High Court in the case of Smt. Harshila Chordia vs ITO (2008) 298 ITR 349 in which it was held that “Addition u/s 68 could not be made in respect of the amount which was found to be cash receipts from the customers against which delivery of goods was made to them”.

In the decision of Hon’ble ITAT, Nagpur Bench in the case of Mis Heera Steel Limited vs ITO (2005) 4 IT J 437 is also worth to be mentioned here that wherein it was held that “Both the lower authorities failed to appreciate the case of the assessee that these were the trade advances and not cash credits and against such advance, the assessee has supplied the material in due time as per details available on record. In view of the above, there is no justification for the revenue authorities to treat these cash advances as unexplained cash credit u/s 68″.

Reliance can also be placed on the decision of Hon’ble M.P. High Court in the case of Addl. CIT vs. Ghai Lime Stone Co. (1983) 144 ITR 140(MP).It is evident from these judicial rulings that trade advances or cash received against which goods is supplied subsequently is not a cash credit as contemplated by section 68.

Reliance can further be placed on the decision of the ITAT, Mumbai Bench in the case of ITO vs. Surana Traders, (2005)93 TTJ 875: (2005)92 ITD 212, the relevant observation of the Mumbai Bench were as under :_ ” So merely because for the reasons that the purchaser parties were not traceable, the assessee could not be penalized. In the sales documents, the assessee has made available all necessary details, i.e. the total weight sold as well as the rate per kilogram. Undisputedly, the assessee has maintained complete books of accounts along with day to day and kilogram to kilogram stock register. These were produced before the A 0 by the assessee. The assessee also submitted stock tally sheet along with the audited accounts. The audit report of the assessee also bears ample testimony in favour of the assessee. The factum of the assessee having maintained stock register and quantitative details have been mentioned by the A 0 in the assessment order. No mistake were pointed out by the AO in these records maintained by the assessee—-Since the purchases have been held to be genuine, the corresponding sales cannot, by any stretch of imagination be termed as hawala transaction———– It is the burden of the department to prove the correctness of such additions. When, in such like cases, a quantitative tally is furnished, even if purchases are not available no addition is called for.”

In various cases, It is also seen that small time medical shop keepers, Milk Sellers, Private Petrol Pumps and grocery stores had accepted cash after demonetisation also in SBN and deposited such SBN in their bank accounts but faced the heat of tax department and addition were made on various grounds out of which main ground is that an assesse cannot deal in non-legal tender.

For this purpose, one may say that demonetisation of high value notes were not first time in India. The government had exercised demonetisation in 1946 and 1978 before 2016 and following arguments can be placed:

Therefore in demonetisation cases though addition is generally made by the Income Tax department but it is very hard for them to stick in appellate proceeding.