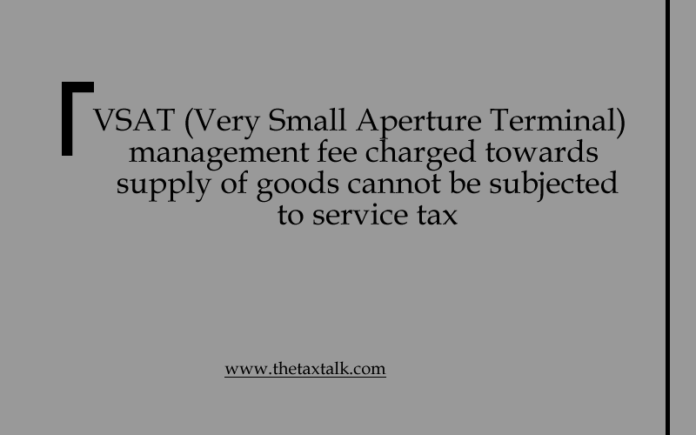 The Commissioner of Central Excise

(a) There was no “franchise service” rendered by the Appellant either to Sikkim-Manipal University or to parties of Learning Centres; MOA dated 22.11.04 with Sikkim Manipal University was for providing auxiliary education services in relation to distance education programme of the University; this MOA was not in the nature of “franchise” as defined in Section 65(47) as it stood both prior to 16.6.2005 and post 16.6.2005 amendment; there was no “representational right” granted to the Appellant; so is the case with the agreements entered by the Appellant with parties of Learning Centres under LCAs; the thrust of the MOA and LCA was to provide infrastructure facilities and services in relation to distance education programmes. Senior Counsel avers that there is nothing in the impugned order to establish that the ingredients of the definition of “franchise” in Section 65(47) are present or satisfied; there is no “royalty” received towards any “franchise service”; insofar as the activity of supply of VSAT equipment is concerned, the same was not towards any rendering of “franchise service”. He places reliance on the following.

“4.5. In order to enable the Participant to duly fulfil its obligations hereunder, MUL shall provide a VSAT to the Participant for exclusive use at the Learning Centre, upon payment of a non-refundable fee as set out in Annexure B. The Participant shall comply with the requirements of MUL including the provisions of the Operations Manual with respect to the operation, maintenance and safeguard of the VSAT. For the sake of clarity it is hereby confirmed that the ownership of such VSAT shall always vest with MUL”.

11.1 (h) The participants shall not describe itself or act as an agent or representative of MUL.

15.1 It is understood that the arrangement between the parties contemplated by this agreement shall be on a principal-to-principal basis. None of the provisions of this agreement will be deemed to constitute a Joint Venture, agency, a partnership or principal-agent relationship between the parties hereto and neither party by virtue of this agreement, shall have the right, power or authority to act or create any obligation, express or implied, on behalf of the other party. The participant shall not expressly or by implication or conduct under any circumstance, represent itself to be an agent of MUL and no act of the participants as is not specifically authorised by MUL shall be binding on MUL.”

(i). the franchise is granted representational right to sell or manufacture goods or to provide service or undertake any process identified with franchiser, whether or not a trade mark, service mark, trade name or logo or any such symbol, as the case may be, is involved;

(ii).the franchiser provides concepts of business operation to franchise, including know how, method of operation, managerial expertise, marketing techniques or training and standards of quality control except passing on the ownership of all know how to franchise;

(iii).the franchise is required to pay to the franchiser, directly or indirectly, a fee and

(iv).the franchise is under an obligation not to engage in selling or providing similar goods or services or process, identified with any other person.

It was also clarified it includes that the franchisee requires to follow the concept of business operation, managerial expertise, market techniques of the franchiser.

Levy of interest on the delayed payment of GST can only...

Gift received by an individual from HUF isn’t exempt: ITAT

Levy of interest on the delayed payment of GST can only...

Gift received by an individual from HUF isn’t exempt: ITAT