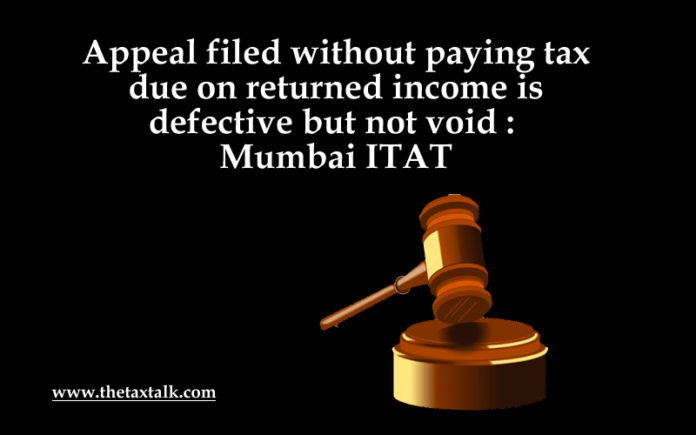 Appeal filed without paying tax due on returned income is defective but not void : Mumbai ITAT