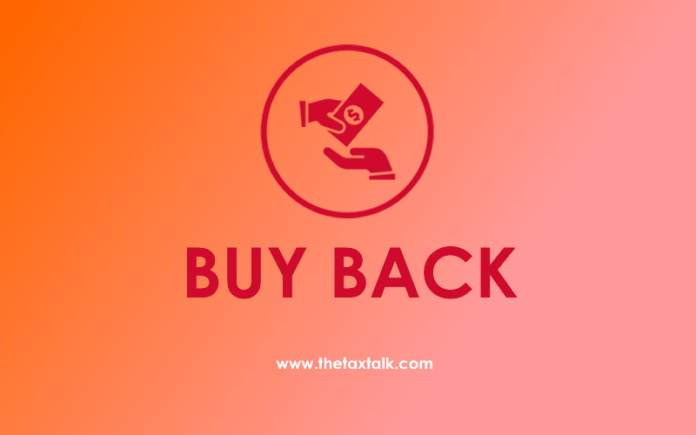 A buy-back is repurchase of own shares by a company in order to reduce it share capital. Companies traditionally buy-back shares in two scenarios to either increase the value of the shares or to avoid other stakeholders from acquiring a controlling stake in the company.

However in case of unlisted shares by domestic company, the onus of tax liability on buy-back of shares was shifted from the shareholders to the company purchasing its own shares. The company purchasing its own unlisted shares shall be liable to pay tax on the distributed income at the rate of 20% plus applicable surcharge and cess under section 115QA of the Income Tax Act 1961.

Section 115QA of Income Tax Act 1961 defines distributed income as consideration paid by the company on buy back of shares as reduced by the amount which was received by the company for issue of such shares.